Axia made his VTuber debut on July 22, 2021, in an hour long video where introduced himself to his new fandom and discussed various topics with them. Axia also hosted chatting streams and the first game he played was APEX Legends. He has also played It Takes Two, Minecraft, Mario Kart 8, Pokemon Sword and Shield and Among Us.

Axia is a pilot of the mobile infantry "Thrones". He gives his earnings to the poor so he's always broke. 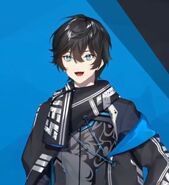 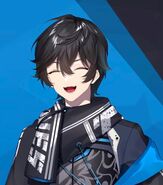 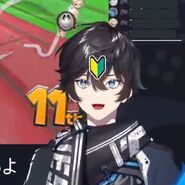