5up was born on October 27, 1999 in the United States to divorced parents. He grew up with his brother, who is two years older than him. 5up used to live in Phoenix, Arizona, until he moved to Las Vegas, Nevada on May 1, 2021 to live closer to his friends.

5up decided not to go to college because he found it unnecessary. He did graphic design (family business)[1][2] before getting into streaming. His family supports all his decisions as he's already in a position where they believe he would be fine no matter what he does.

5up is white, 5'8" (173 centimetres) tall and weighs about 110 pounds (50 kg). According to his own description, he has dark brown hair, and hazel eyes that seem brown from afar, but if viewed up close they are mostly blue with a hint of green.[3] He, allegedly, bears a resemblance to Troye Sivan, Tom Holland and Timothée Chalamet.

5up started out as a faceless streamer, although there are still some clips from his earlier mafia days. On August 1, 2021, he partially face revealed in preparation for future irl streams,[4] and fully showed himself in a ranking stream of Dutch candies with Fundy on August 17,[5].Currently, 5up is more willing to do/show up on irl streams rather than streaming games with webcam, but he has expressed plans to set one up.

5up has stated that in terms of his sexuality, "the easy answer is bi, the complicated answer is asexual."[6] He later stated that he is "asexual biromantic."[7]

5up has a female dog named Suji/Sugi,[8] and two cats named Leia and Sasha which currently live with his father.[9]

He started to upload daily videos of him and his friends playing the game Among Us, which helped him gain over 500k subscribers. 5up has been friends and playing with streamers for years, but he only started streaming in August 2020 because people saw him in other streamers Among Us gameplay, and wanted to see his POV.

5up finds being good in games fun (Among Us included), but he's not competitive in a normal sense. He stated that he clearly tries, but also is clearly messing around. But he can easily play sweaty if needed.[10]

5up often goes for flashy plays and style points but overall, he prefers to have fun (with friends) rather than using any means to win.

He has been playing deception type of games since 13. One of them is Mafia, in which he has 5 years experience in a hyper-competitive environment.

He has started streaming several other games, but Among Us is still his main source of Youtube content. 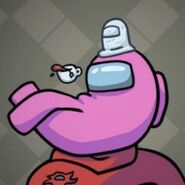 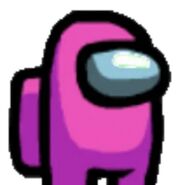 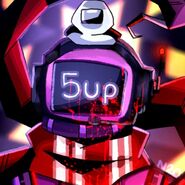 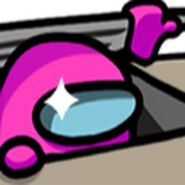