Taylor Darling (born: May 14, 1997 (1997-05-14) [age 22]), better known online as ASMR Darling, is an American YouTuber who mainly uploads videos of ASMR content and sometimes vlogs. Although she created her YouTube channel in December 2014, her first ASMR video wasn't uploaded until March 2016.

Brittney was first introduced in the video "7 Struggles ASMRtists Deal With" as Taylor's "friend" who doesn't understand ASMR and judges her for being an ASMRtist. She then offers to find the channel on YouTube, much to Taylor's dismay. Since her introduction, Brittney has (half-heartedly) done the viewer's makeup, served us at Starbucks after losing her clients to bad reviews, and has hosted Taylor's Most Hated Triggers video.

Brittney breaks the Fourth Wall in her videos, knowing that she is talking to the camera and is on the Internet. She mocks Taylor for "whispering into a camera for fun," and calls her weird for doing so.

Brittney is a stereotypical "dumb blonde," but that doesn't mean she won't have a sarcastic comeback to the viewer.

Ella works in GameShop, a Modern Video Game store. She shows the viewer a PlayStation4, Xbox One, and a Nintendo Switch.

It is theorized by viewers that Summer is Ella's mom, but this hasn't been confirmed. 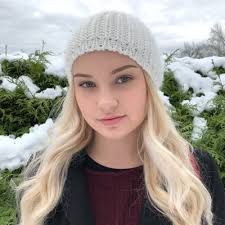 Summer
Add a photo to this gallery
Retrieved from "https://youtube.fandom.com/wiki/ASMR_Darling?oldid=599285"
Community content is available under CC-BY-SA unless otherwise noted.