Wikitubia
Register
Don't have an account?
Sign In
Advertisement
in: YouTubers, One Million Subscribers, Commentary YouTubers,
and 4 more

The channel's first video was a vlog by Aba titled Dear Mother. The next video was about Aba on heightism, and it became the channel's most viewed video. Some of their next videos were about dating[1][2], but they mostly reacted to videos from Riley J. Dennis[3], Dr. Phil[4], The Onion[5], Christina Sommers[6], Tomi Lahren[7] as well as miscellaneuos[8] videos[9] regarding controversies[10] about racism.

Around 2021, most of their content began centering on Jubilee, a company and social media agency that was known to highlight the flaws of society and give silent commentary on them. They were very critical of the company and its participants, to the point Jubilee itself released a video[22] calling them out for bullying and how much they hated Aba and Preach reacting to them.

Ironically, Aba and Preach reacted to this video[23], calling Jubilee sensetive and unable to accept criticsm. They have also started to make videos satirizing society and modern culture[24]. 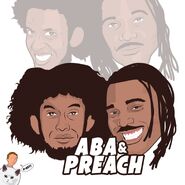