He started making YouTube videos in 2012 as a part of his YouTube channel "TrueStoryASA" with his college friends Sheikh Akbar and Abdullah Ghuman.

After May 2015, he has created many videos as a solo YouTuber. He has also appeared in the American buddy cop comedy-drama action film American Sharia. Saleh first released the single "Diamond Girl" on May 3, 2015, featuring Sheikh Akbar and Mumzy Stranger as a part of TrueStoryASA. On 16 August 2015, he released his debut solo single "Tears" featuring Zack Knight as a tribute to his cousin.

A staged video titled "Racial Profiling Experiment'", that was uploaded on Saleh's YouTube channel in October 2014 went viral. In the video, Saleh and Sheikh Akbar argued with each other in front of a police officer wearing western outfits but the cop ignored them.

Shortly thereafter, they fight again while dressed in Muslim clothes but this time the cop stops them and behaves rudely with them.

The video received more than 200,000 views on YouTube and was also picked up by media. Public reaction to the video was against the police officer. Later, Saleh said that the video was staged to recreate "previous events that occurred", and it was being shown as an example.

The New York chapter of the Council on American–Islamic Relations (CAIR), which had previously tweeted out the video as an example of discrimination against Muslims, demanded an apology from Saleh and Akbar stating "Muslims are already under the microscope and to do this just to gain some cheap publicity is unacceptable. There should be no attempt to justify it; they should just apologize and ask people to forgive them for their irresponsible actions."

Traveling Inside A Suitcase

In another YouTube video, Saleh claimed to have flown inside a suitcase in the baggage hold on a Tigerair flight from Melbourne to Sydney. However, Melbourne Airport security footage proved the incident was a hoax after they produced a video showing Saleh boarding the plane with the airline noting that a bag of his weight would not be loaded on the plane without investigation nor would a passenger in the plane's unheated cargo hold emerge sweating.

In December 2016, Saleh posted videos in which he claimed he was removed from a Delta Air Lines flight at Heathrow Airport for speaking Arabic. However, other passengers have spoken out, claiming that Saleh was disturbing other passengers, and Delta's statement said that Saleh was shouting and provoking others. Saleh's claim has caused a debate over the "Right to Fly". 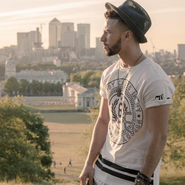