Since his youth, Becker had been an avid fan of animation. With two of his favorite short films being the 1953 Looney Tunes short Duck Amuck and the 1959 adaptation of Harold and the Purple Crayon, both of these shorts contained animated characters using their surroundings to draw things out, which would serve as major inspirations for his later works. Growing up in a financially struggling family, Becker claimed that his family-owned merely one computer that was shared between him and his siblings. It was through this computer that he began experimenting with pixel art, beginning in 2001. Eventually becoming homeschooled in 2005, Becker received his first laptop an Acer TravelMate which he used to begin animating using Macromedia Flash (later Adobe Flash and currently Adobe Animate); his first official animation, titled Pink Army, was posted on Newgrounds in 2004, where it did well. On June 3, 2006, at the age of 17, Becker posted the hit video Animator vs. Animation on Newgrounds, where the video quickly went viral and led to it being re-uploaded on various media websites. According to Becker, an unnamed company offered him $75 for "exclusive rights" to "Animator vs Animation", but decided against it, heeding to the advice of Steven Lerner, owner of Albino Blacksheep. Later, he discovered that his animation had been uploaded to the notorious entertainment website eBaum's World without permission (for which the site was infamous of doing too many other video creators). After Steven Lerner used this as evidence in a legal battle against eBaum's World, Becker accepted a $250 payment for use of the animation. However, following a change of heart, he returned the money and had the animation removed.

Atom Films persuaded and funded Becker to create a sequel after the success of his first animation, and so he created Animator vs. Animation II. In 2007, Charles Yeh offered to create an online game based on the animation, and after looking at his impressive work, Alan agreed to collaborate with him. Soon after many requests for a third animation, Animation Vs. Animation III was finally released in 2011. Becker intended to make the third short the last in the series, stating that he "wanted to make sure that no sequel could come out of that" by ending the video with the blue screen of death as if the computer itself was dead and the animation series couldn't go any further. Despite this, he has stated that his animation teacher had inspired him to continue on YouTube. His fourth video, Animator vs. Animation IV, received over $11,000 in crowdfunding on Kickstarter.

Becker has also created works related to the video game Minecraft, such as the video Animation vs. Minecraft and a server based on the Studio Ghibli film My Neighbor Totoro. Becker also created a series of "how-to" videos regarding animation based on the "12 basic principles of animation" which was uploaded on his secondary YouTube channel "Alan Becker Tutorials".

A new series Animator vs Minecraft Shorts where uploaded which is a spin-off of the video of the same name. Then, he made Animator vs. Animation shorts where The Chosen One comes back

AlanBeckerTutorials is a channel in which Alan shows Flash Tutorials.

AlanBeckerMinecraft is a channel in which Alan plays Minecraft. 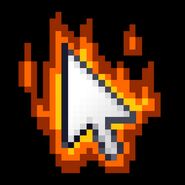 Alan Becker's YouTube Profile Picture
Add a photo to this gallery
Retrieved from "https://youtube.fandom.com/wiki/Alan_Becker?oldid=790058"
Community content is available under CC-BY-SA unless otherwise noted.