Ami Yamato (born: October 26, 1985 (1985-10-26) [age 36]) is a virtual Japanese-English YouTuber, vlogger, and animator, currently living in London. She is known for using a 3D animated figure look-alike instead of showing her face online.

The videos on Ami's channel are relatively random. She does not have an official style or theme and tends to upload only once or twice a month. Her videos consist mainly of personal vlogs and skits.

She has created a number of fact-based videos, listing fun facts and about London, misconceptions about Tokyo, and her breaking stereotype video.

The most common kind of videos on Ami's channel are vlogs, where she talks directly to the viewer. Her vlogs are often set either home or some sort of theme park/exhibition. For example, her Circle Lenses and Ami Yamato and the Making of Harry Potter videos show some fun stuff Ami loves. She also created some vlogs like her Easy Holloween Costumes video for a little fun.

Ami also enjoys producing short skits in which she inserts herself into films or tv shows such as Star Wars and Breaking Bad . Her 100,000 Subscriber Celebration was an offshoot of this concept.

Ami has appeared in several videos produced by other channels. Some of these are:

On her own channel she made:

Ami tends not to dive too much into her personal life, but in July 2014, Ami did a series of "Japan vlogs," as she was visiting her family in the country. She has said she was born and raised in Tokyo before eventually moving back between England and Japan during her childhood.

While on YouTube Ami has also made a number of friends, such as Rebecca Parham, Domics, and Lana McKissack. 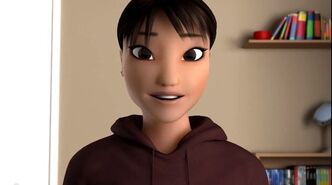 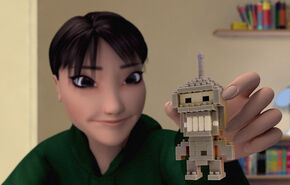 Ami with a lego robot
Community content is available under CC-BY-SA unless otherwise noted.
Advertisement