Azra "Azzy" Bajrami (born: February 23, 1991 (1991-02-23) [age 31]), better known online as AzzyLand, is a Canadian YouTuber, gamer, and singer. She was acknowledged by YouTube as their top 10 most-viewed YouTuber globally, with 1.9 billion views in 2019. She was the only female on that list making her the most viewed female creator on the platform.

Azzy grew up below the poverty line in project/public housing to immigrant parents.[1] In spite of their difficult financial situation Azzy says they were "rich in love" and she had a happy childhood. [2] In 2016 Azzy had a spinal injury that crippled her. She was unable to walk for 3 months and was in constant chronic pain. The pain was so bad she considered taking her own life. But thankfully through a lot of hard work and training she was able to over come this injury and wants to help others who may be facing similar situations. [3] While not much else is known about Azzy's life, old Q&A videos from her channel state that she has been a gamer since her early childhood days. She is known for her gaming content, reaction videos and vlogs. Her goal is inspire positive change and encourage people to be kind to one another.

Azzy was born and raised in Toronto, Ontario, Canada.

Azzy first gained international renown as a cosplayer.[4] Azzy would spend months making incredibly intricate costumes by hand at a time when this wasn't very common. This lead to her being "discovered" and got her an invite to showcase her work on national television.[5] This sparked her being invited to attend conventions all around the world as an official cosplay guest, meeting fans, speaking at panels and growing a following. Her cosplay got Azzy a lot of attention worldwide and landed her an appearance on a popular YouTube channel.

At this interview, she got offered a full-time job as the co-host on a popular celebrity biography YouTube channel. Her job as a host led her to realize her passion and love for YouTube, and thus, she started making YouTube content on the side. Not having enough time between studying to become a doctor, traveling the world for her cosplay and hosting on YouTube, Azzy would post irregularly on her own channel. It wasn't until she took a year off from medical school and started to focus all her energy on creating videos did her channel take off.

Azzy completed University with a double Honors Degree in the Bachelor of Sciences, specifically both Chemistry and Biology. Her goal has always been to help others so she continued her education planning to become a doctor. Her plan fell short because she emotionally had a hard time coping with the nature of the job due to being an extreme empath and being unable to detach herself from the pain of others. She claims to feel that she still is able to feel fulfilled and help others in a different way now on youtube. At first that decision to drop out of medical school was very disappointing to her parents.

To date Azzyland has publicly donated $1,164,054 of her personal money to a plethora of different causes outlined below: 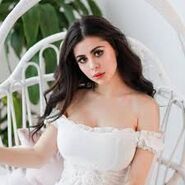 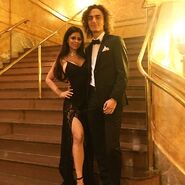 With her ex, Kwebbelkop