Simon A. (born November 29, 2002 (2002-11-29) [age 17]), better known online as Baby Lamb Creations (and occasionally misnamed Baby Lamb Productions) is an American YouTube channel best known for producing a wide variety of videos, such as shitposts, memes, animated videos, nostalgia-oriented videos, musical mashups, Minecraft: PE videos, "Don't Let Your Kids Watch It", "Baby Lamb & Friends", and all others. Created by Simon A., his goal is to post random content of many different kinds that people will enjoy.

His channel officially started on March 21, 2016 and his first video was uploaded on March 22nd, 2016. When at first his subscriber rate was really slow, initially receiving a mere 60 subscribers in nearly 2 months, eventually it skyrocketed to 10,000 subscribers in less than a year. His target demographic is people of all ages, in which he usually refers to his fans as "The Lamb Fam."

Simon A. (sometimes refers to himself as "the Creator") wanted to become a YouTuber ever since he was a very little child. All through his life, he watched YouTube videos of all different kinds (memes, songs, cartoons, YouTube Poops) and that was enough inspiration for him to become a YouTuber. When his dad gave him a video camera, he began recording videos of his stuffed animals, which eventually spawned into Baby Lamb Creations official web series under the title "Baby Lamb And Friends." The name Baby Lamb Creations was named after an old stuffed lamb that Simon had when he was a child, but unfortunately lost in a movie theater around May of 2012. Remembering that day he lost his childhood plaything, Simon decided to name his channel after the aforementioned childhood plaything.

When his channel was created, however, it was first called "SRA Baby Lamb Creations" (SRA being his initials), but he felt like it was too long and not catchy, so he shortened it to Baby Lamb Creations. While it was evident that adding the word "BABY" in his channel's name would confuse people into thinking that his channel mainly posts content for little kids, when in actuality he also posts memes and videos that occasionally have language that isn't for youngsters to hear, it was already too late for him to change it, but he didn't care. Nowadays, the word "BABY" was kept in his name not only to be ironic, but also to forever remember the days of his childhood. His profile pic, on the other hand, was first a picture of a drawing of Baby Lamb and his stuffed childhood cow that he named "Cow", but eventually around mid-2017, his pic changed into a drawing of Baby Lamb, and in late-2018, his profile pic got redesigned to a more cartoonish-looking version of Baby Lamb. Of course, around special days like Christmas and Halloween, he edits his profile pic to make it more seasonal. On the day of February 13, 2019, Simon got into an accident in which his leg was terribly broken, forcing him to undergo a major surgery the day after on Valentine's Day in which he stayed in the hospital for a mere 3 days. During the time he was recovering, he continued to finish animating his 50,000 subscribers animated special.

History of the Channel

When Simon first started his YouTube channel, it mostly consisted of clips from childhood shows that he watched, such as Sesame Street, The Powerpuff Girls, and Mickey Mouse, as well as keyboard covers of different songs, recreations of the Magical Events from Teletubbies in Minecraft: Pocket Edition, and early episodes of "Baby Lamb & Friends". Back then, he recorded his videos with an iPad, edited them with iMovie, and even used his iPad to record the screens of other devices, sound and all. But eventually around the beginning of 2017, he switched to digital recording, downloaded iMovie on his PC, and used it to edit all of his videos to this very day. His new form of video-editing skills gave him the unique advantage of trying out new different kinds of videos. He continues to use his iPad to record special announcements, sub specials, Minecraft videos, and modern episodes of "Baby Lamb & Friends."

Occasionally during the holiday season or special days, Baby Lamb Creations would often post compilations of all of Simon's favorite childhood shows that have specials surrounding a certain holiday, such as Christmas, Thanksgiving, Halloween, Valentine's Day, etc. Additionally, whenever he reaches a certain milestone, usually from the first 10,000 subscribers to another, he usually makes a special subscriber video to celebrate his milestone and to thank his beloved fans for helping him reach this far. Earlier in 2018, however, he has been overwhelmed by an annoying uproar of hate videos from little kids who watch his channel, which has occured for approximately 7 months throughout 2018. When Simon left YouTube temporarily to go on vacation during the summer of 2018, his fans were patient enough and when he returned, he surprised everyone with a very special animated video to celebrate his return, which was also BLC's first ever full-length animated video! The video got over 90 likes, over 1,400 views, and Simon himself declared it was his most favorite video he has ever made out of all the videos he's made, until that title as his favorite video was taken by an even more special animated video posted on Christmas Eve, which included the voices of a lot of his YouTube friends and fans singing the Disney Christmas song, "The Best Christmas of All". Throughout late 2018, Baby Lamb Creations has been getting into producing animated videos, since most of his fans really enjoyed them. Usually, Baby Lamb Creations' videos are posted either once or twice a day, typically around 3:00-5:00 PM.

The day right after Simon's 16th Birthday, on November 30, 2018, Baby Lamb Creations received its first ever copyright strike from Bagdasarian Productions who requested YouTube to take down his upload of the song "My Mother" from the 1987 movie "The Chipmunk Adventures" which was posted on May 14, 2017. Ever since that event, BLC has been planning to make more original content and remove any uploads of scenes from shows or movies to prevent any further copyright strikes. However, Baby Lamb Creations already has an alternate channel made around the end of 2017 in the event where something might happen to the original channel, and Simon posted an announcement about it in mid-2018. It gained over 100 subscribers that very day and currently it has nearly 300 subscribers, very little compared to his main channel. However, Simon has not posted anything in his alternate channel until June 17, 2019 when he uploaded a video combining his own series "Baby Lamb & Friends" and Xplodin Apple's series "Angry Birds Craptastic Adventures", parodying a PBS Kids block Simon saw as a kid.

On February 18, 2019, Baby Lamb Creations celebrated reaching 50,000 subscribers with an animated special featuring his own animated characters singing the beloved SpongeBob song "Sweet Victory", which also paid tribute to the show's deceased creator, Stephen Hillenburg. It was also made in response to the controversy surrounding NFL and the Halftime Show that left millions of fans disappointed. The video has gained over 150 likes, making it the most liked animated video BLC has uploaded. As of February 28, 2019, the channel no longer has any copyright strikes and Simon is planning on posting more original content of his in the near future.

On April 1, 2019, Baby Lamb Creations pulled a massive prank on his viewers where he pretended his channel was hacked by someone else by privating all his public videos, removing his layout, and changing his profile picture and banner. In addition, he posted a video at midnight on April Fools Day that made it seem like someone else was controlling his channel and messing with it. Several hours later he revealed the prank to his fans, which generated mixed reactions. During the time this prank was intact, BLC lost about 30 subscribers. He claimed, however, that the prank was worth it but he'll never pull anything like that again. Luckily, after he restored everything back the way it was before, his channel continue to run smoothly and he regained the subs and views that he lost.

On July 30, 2019, Baby Lamb Creations went on a long hiatus because Simon wanted to continue production on his film "Baby Lamb & Friends: The Movie". He didn't post a video until September 7th and currently only uploads videos every so often instead of daily. As for the movie itself, production started on June and ended in October. The movie itself premiered on November 9, 2019. It gained a positive reception (though there were 2 negative feedbacks on it). 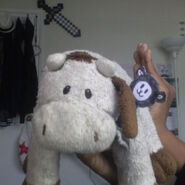 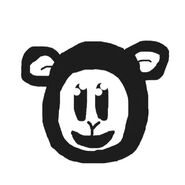 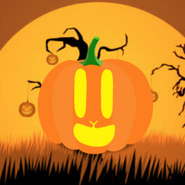 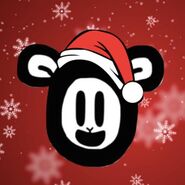 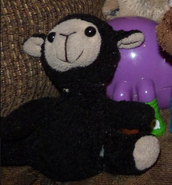 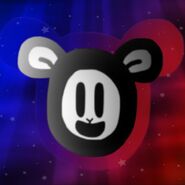 Current Profile Pic
Add a photo to this gallery

This page was created by BLambClammy on November 16, 2018.

Retrieved from "https://youtube.fandom.com/wiki/Baby_Lamb_Creations?oldid=652103"
Community content is available under CC-BY-SA unless otherwise noted.