Gabriel Christian Brown (born: February 22, 1990 (1990-02-22) [age 31]), better known online as Black Gryph0n, is an American-Canadian YouTuber, singer, songwriter, producer, voice actor, animator, and U.S. Navy veteran. After spending 3 years performing around the world as the lead singer for the 7th Fleet Band Orient Express, he became a voice actor starring in films and series' such as Finding Dory, Geronimo Stilton, and Hazbin Hotel[1]. He was also a session singer on the show My Little Pony: Friendship is Magic which he is a fan of. He is a prominent figure in the Brony Community consistently being guest of honour and performing at various conventions alongside his brother, Nathanael Brown or Baasik, and Michelle Creber, the voice of Applebloom on My Little Pony.

Gabe mainly does original music, but he rose to popularity for his impressions of singers and characters. His most popular video, One Guy 54 Voices", has obtained over 120 million views and over 4 million likes in less than a year since it was uploaded and it continues to rise. He has also released 2 full-length albums: IMmortal and Diamond released in 2014 and 2019 respectively with Baasik. 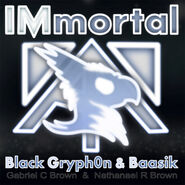 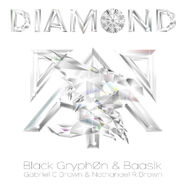 Gabe was born in Annapolis, Maryland but now resides in Tucson, Arizona to a family of musicians. The eldest of 4 including Nate, Naomi, and Susanna. He preferred going outdoors than staying inside as he grew up without cable making him a bit late at pop culture and trends. He and Nate were both musically gifted and at very young ages started writing music together.

Being an outdoor person he participates in a lot of extreme sports such as sky diving, rock climbing, parkour, etc. He is also an avid tinkerer, he has made his own rockets, paramotor, and quadcopters.

After graduating high school, he enlisted in the Navy at the age of 18 as Air Crew Rescue swimmer but was planning to qualify for the SEALs in which he passed the PST. During Special Operations, however, he was injured in a sky diving accident and washed out. Unable to recover in time to qualify again, he cross-rated to Gunner's Mate. While he was at GMA he volunteered for the Navy choir. This eventually led to him becoming a part of the 7th Fleet Band based in Yokusuka, Japan and became the lead singer of the Orient Express.

They went on tour, singing for morale and to share American culture and music. They performed around South East Asia covering American songs and singing in the native language of the country they were in such as Tagalog, Nihongo, Bahasa Indonesia, etc. for 3 years.[2]

He earned 3 Navy Achievement Medals for being a "superb" vocalist and was honourably discharged and placed in the reserves.

He made his Youtube account in September of 2007 primarily uploading outdoor related content and comedic sketches. After enlisting he still uploaded to his Youtube. His content at this time included sky diving, parkour, some sketches and trips abroad which didn't get that many views. He then became involved in the brony fandom while stationed in Yokusuka where he started to release music and made more My Little Pony related content like the "-Licious" animations and My Little Pony themed songs which boosted his popularity.[3]

After being discharged from the Navy he started participating more in the brony fandom releasing more songs like Proud To Be A Brony. He also started collaborating with Michelle Creber, a voice actor on the show. They met online while he was in Japan and they started to work together and share the same agent. On July of 2014, he released his first album IMmortal alongside Nate or Baasik with tracks loosely based on My Little Pony. It was made available on his channel, Spotify, Bandcamp and other music places.

By around this time, he moved to Vancouver, Canada where he gained permanent residence to become a voice actor to which he found very little success[4]. He did star in Finding Dory in an uncredited role as Becky the Loon, did commercials for DHX, and was a session singer on Friendship is Magic, Littlest Pet Shop, basically, anything under DHX because Canada. Afterwards, he eventually moved back to Tucson where he turned his focus on doing YouTube.

He and Michelle Creber continued collaborating and touring, releasing a few albums together including Getting Stronger released in May 2016. It was marketed and released similarly to IMmortal.

Gabe's content up until 2016 was mainly original music with a few vlogs here and there. It was also when he had over 100,000 subscribers. In December he released his first impression video titled "One Guy 22 Voices" and that started his boost in subscribers and views. He started to upload (relatively) more frequently and started releasing more song covers and impression videos which further increased his popularity, reaching 200,000 subscribers the following year. In December of 2018 he finally broke the 1 Million subscriber milestone. He celebrated this with a compilation of his best impressions and shared his history.

The year of 2019 was Gabe's most successful year. In March he uploaded "One Guy 54 Voices". It went viral, making him have the most subs and views in a single day in his entire Youtube career. He gained 3 million subscribers a few months after uploading it. In June he released the first single off his 2nd album titled, Last Chance. Four more singles were released until, in August 16th, he and his brother released the full album Diamond, making its debut at BronyCon. Then, at the end of the year, he was featured in YouTube Rewind for having the 4th most liked creator video of the year.

He was scheduled to appear on Youtubers react for FBE but was cancelled due to COVID-19.[5] He was also a finalist in the Shorty Awards for Best Youtube Musician.[6] Currently, he still lives in Tucson but has found work in some upcoming projects.

Gabe in his Navy uniform

A photoshop edit showing Gabe riding a stick and flying at the top of Mt. Fuji

Two of Black Gryph0n's ponysonas that was used in the My Little Pony fandom (Left is his pegasus pony form, while right is his griffon form)