Wikitubia
Register
Don't have an account?
Sign In
Advertisement
in: YouTubers, Users who joined in 2011, American YouTubers,
and 12 more

BuzzFeedVideo is the main YouTube channel for American Internet news media company BuzzFeed. As of September 2020, the main Buzzfeed channel has over 20 million subscribers and over 16.9 billion total video views, making it the 70th most subscribed channel in the United States and 48th most viewed channel of all time. Critically bashed for their "cringy" content as well as acclaimed for their content, Buzzfeed's channels stands as some of YouTube's most viewed and subscribed of all time, their channels combined having tens of millions of subscribers and tens of billions of views between them.

BuzzFeed was founded by Jonah Peretti and John S. Johnson III in 2006 in New York City as a viral lab, focusing on tracking viral content. Before establishing BuzzFeed, Peretti experimented with contagious media as Director of R&D and the OpenLab at Eyebeam, Johnson’s New York City-based art and technology non-profit. The company has grown into a global media and technology company providing coverage on a variety of topics including politics, DIY, animals, and business. In late 2011, Ben Smith of Politico was hired as Editor-in-Chief, in a move to expand the site into serious journalism, long-form, and reportage while maintaining its popular fun and entertainment-oriented content.

Formerly known as BuzzFeedYellow and Boldly, Shares videos that are "fun, inspiring, interesting videos from the BuzzFeed crew". Series from "Boldly" include "Keith Investigates", where Keith Habersberger of BuzzFeed Motion Pictures staff conducts his own research through interviews with co-workers and locals about pop culture topics or slang such as "What is On Fleek?" and "What Does Basic Mean?". "But I'm Not..." series offers a number of videos where people of a certain gender, sexuality, race, or background reject stereotypes they have been identified with like "I'm Latino, but I'm not..." and "I'm Trans, But I'm not...".

Now, as "As/Is", they mostly create videos targeted to the female audience and formerly ran the "Ladylike" series, where they try beauty products, fashion trends, or feminine activities, and "Adult Sh*t", where women discuss feminine topics.

Some of their "questions" videos are women and minorities making derogatory and condescending questions for Christians, whites, and men.

Once a series of As/Is channel, it has moved into its channel and mostly features 5 women trying out various activities, some of which are related to their personal life. These include challenges, trying products or experiences, and story-telling.

Has "short, relatable videos that are totally you" and is "the good kind of awkward" Instead of organizing their series by topic like "BuzzFeedYellow", "BuzzFeedViolet" series are organized by character. For example, "Zack and Justin" series features Zack Evans and Justin Tan of BuzzfeedVideo Staff. "Sara" features Sara Rubin, a video producer at BuzzFeedVideo.

Formerly known as "BuzzFeedBlue" that offers "bite-sized knowledge for a big world" through "new facts, hacks, and how-to videos" including taste tests of "Spicy food Around The World". They mostly create about their employees trying stuff, and sometimes gameplay videos. It formerly ran the "BuzzFeed Unsolved" series, where they discuss the mysteries of murders, disappearances, and paranormal activities, and continues to run the "Worth It" series, where they test items or food from the cheapest to ideal price to the expensive ones and determine what they think it's the best. Now as "BuzzFeed Multiplayer", they create gameplay videos and videos related to video games. It prominently features game challenges, or real professionals playing a game simulating their profession.

A BuzzFeed division that produces and shares content related to comfort food.

Formerly known as BuzzFeedPop, Offers the same content as BuzzFeedVideo, but with celebrities.

It creates content similar to Tasty and Nifty and focuses on fitness, useful DIYs, healthy recipes, and a good lifestyle.

The channel of BuzzFeed's Indian diversion. Creates videos that have Indian-based humor, food, and stuff.

The BuzzFeed channel is dedicated to the Latinos. Creates videos that have Latino-based humor, food, and stuff.

The channel of BuzzFeed's Brazilian diversion. Creates videos that have Brazil-based humor, food, and stuff.

The channel of BuzzFeed's Mexican diversion. Creates videos that have Mexican-based humor, food, and stuff.

Once a series on BuzzFeedBlue (now BuzzFeed Multiplayer), it has moved into its own channel. Hosts Shane Madej (born: May 16, 1986 (1986-05-16) [age 36]) and Ryan Bergara (born: November 26, 1990 (1990-11-26) [age 31]) would discuss old murders, prison breaks, heists, and all kinds of mysterious crimes in their True Crime series. They also investigated haunted houses, demon infestations, creepy asylums, urban legends, abandoned towns, and secret tombs in their Supernatural series. Unsolved was also home to Shane Madej's show "Ruining History," which he co-hosted with his girlfriend Sara Rubin and best friend Ryan Bergara. Shane and Ryan would later leave the channel in favor of their own channel, titled 'Watcher'.[3] The Buzzfeed Unsolved is still active, posting content such as the series 'Aria Investigates', 'Haunting History', and more.[4][5]

In October 2020, the Cocoa Butter channel was launched. The channel mainly focuses on content related to Black/African-American culture.[6]

There are some channels of BuzzFeed which were quite experimental and now no longer upload any content.

A collaboration of BuzzFeed and CNN where content from CNN is presented in an interesting, short video format.

On August 2, 2016, Kenny Moffitt published a video titled "Why I Left Buzzfeed", addressing (as per the title) the reasoning behind his departure from the organization. This sooner got picked up as a trend as newly-quit Buzzfeed employees started making videos of why they left in a similar fashion, some of the more noticeable ones being Safiya Nygaard, Chris Reinacher, Michelle Khare, and others, most notably the Try Guys (Zach Kornfeld, Keith Habersberger, Eugene Lee Yang, Ned Fulmer), who left to start their own company independently as The Try Guys.

Many have criticized and made fun/"memed" of this concept as more and more employees started to leave, often with the reason that it's just a way for them to gain views on their new channel after they left their job, stating that none of them ever bring anything new to what we already know, more than often with the same exact reasons of leaving (not having the ability to create their own content, video contracts, quantity > quality and so on). One of the few exceptions to this can be Chris Reinacher and Michelle Khare, where Michelle made a cinematic video expressing her departure and Chris using the title in a self-aware fashion, and instead of using it as a pilot episode/teaser to his "SUBSCRIBE" series. He has since been praised for this as a unique and creative way to gain an audience for a show of the same creative fashion, also parodying Buzzfeed titles/thumbnails to satirically make a statement about YouTube and it's sponsorship/clickbait/views culture.

Buzzfeed themselves hopped onto the trend as well, publishing a video titled "Since I Left Buzzfeed" on January 24, 2018, sending updates and providing interviews for former Buzzfeed employees. 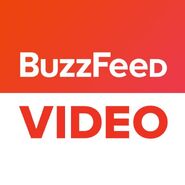