Carson King (born: May 10, 1999 (1999-05-10) [age 21]), better known online as CallMeCarson (formerly TheBlueCrewPros), is an American YouTuber, comedian, Twitch streamer, and gamer who creates videos with his friends, typically recording themselves on Discord or in a video game such as Minecraft.

Carson made his channel in May 10, 2012, on his birthday. He started gaining fame for his Invading Discord Servers and DeviantArt is NOT Safe videos.

Carson made his first video in 2011 under the username bluecreepers1 with the video Minecraft Multiplayer Adventures-Episode 1:Awesome. With 26 videos, Carson, as well as some friends he had at the time, ran this channel, with the last video being posted on November 25, 2011.

On November 29, 2011, Carson uploaded his first video to the channel GamerCraft157, to replace the old channel previously mentioned. With 69 videos, the videos included games such as Minecraft, Terraria, Happy Wheels, Skyrim, and Portal. The last video uploaded on the channel was on May 7, 2012.

On July 8, 2012 (which was after the channel CallMeCarson was made), the first video uploaded to the channel "iceboxSP" (currently known as icebox carson) was the start of Carson's new singleplayer series. This channel made 40 videos, with the last one on March 16, 2013. From this point onward, all current videos by Carson would be made on his main channel, TheBlueCrewPros.

On his main channel, he mainly uploads videos with his friends reviewing images, videos, or games with commentary while using the voice chat software known as Discord.

His second channel (CallMeCarsonLIVE) consists of uploads of him and his friends playing a variety of games, for example, Minecraft, Roblox, UNO, Portal, Gang Beasts, Human: Fall Flat and many more.

His third channel (CallMeCarson VODS) consists of full, unedited archives of past livestreams from his Twitch channel.

His fourth channel (CallMeCarson Plus) consists of short videos, bits, and TikToks.

In March of 2019, Carson and many other streamers started a season of a Minecraft Survival Multiplayer Series, entitled SMP Live, on his Twitch channel. Players would be required to livestream at all times while playing. The server also had a hit system, where viewers could donate to have a streamer either kill or prank any other player of their choice. Many streamers like twomad, cscoop, and AntVenom played in this series. Some clips of the streams were uploaded to his second channel, CallMeCarsonLIVE. A finale on the server was held on December 31st, 2019, and it ran into January 1st, 2020. After midnight had struck, the server whitelist was disabled and the server IP was publicly released. Soon after, the server was closed. Carson had alluded to a Season 2 of SMP Live, but no announcement has been made.

In the video titled “Weird YouTube Channels“, Carson announced that he started a podcast called the UNZIPPED Podcast where "four people under the age of 20 talking about topics you don't really care about." The "Goop Squad" uploaded four videos before renaming the podcast, "Goopcast", unlisting their four previous podcasts and adding five new episodes. Under this name, they are also on Soundcloud. Due to trademark issues with the name “Goopcast,” it was later renamed to “Fart Club” temporarily and then officially renamed to “Lunch Club.”

During September 18 to October 19, 2016, the username associated with Carson's Minecraft account was "I_LYNCH_BLACKS". It was later explained that "It was at a time of really offensive jokes and such and wanted to get a quick laugh and such out of it."

Many people were supposedly banned from Carson's public Discord server for reporting racist claims made by other members. Additionally, Carson and his moderation team refused to ban members who shared the racist comments, stating there were a lot of requests and people shouldn't take time of their day to handle them.

On March 12, 2020, Carson announced on Twitter that he was taking an indefinite break to improve his mental health. On April 1, 2020, Carson responded to a comment in his own Reddit confirming that his girlfriend Kate, known as Katerino online, had cheated on him for Fitz, one of his good friends.[1] He also stated that while this wasn’t the initial reason he took the break, they both knew about his mental health when this event occurred. Later on, more boyfriends were revealed. They were her manager, a small League of Legends streamer, and a couple more unidentified people from clips. [2] This sparked discussion on Twitter, as many content creators and friends of Carson would join the discussion and share their opinion about this controversy. They are mainly divided into two camps: one of which blames Fitz is equally as guilty as Kate; the other camp sympathizes Fitz and claims that Kate is the only one to blame in this event.

Carson apologized to Fitz and Katerino for jeopardizing their career on April 15.[3] Cameron also came out on Twitter apologizing to Carson as well, which received a positive response from the fans. Katerino released a video titled "an update" in which she explains how she "wasn't in a relationship with Carson" and how "she is going through a hard time and is seeing a therapist". However, this apology was not as well-received among the community.[4]

After the drama, Carson started being active on Twitter again and played 8Ball on the iPhone against many popular figures. Carson also made jokes on his Twitter about him getting cheated on.

On April 24, 2020, he returned to YouTube, releasing the long-awaited "Best of CallMeCarson" 2020 edition. He jokingly states at the start of the video that he'd hoped "nothing bad had happened during his absence" most likely referencing the Katerino and Fitz drama.

Then, on April 26, Carson made his official return to Twitch and YouTube with the video "I guess I'm back" on his CallMeCarsonLive channel. In the video, Carson talks about how excited he was to return to making content and stated that he wouldn't be talking about or referring to the Katerino drama much in the future.

On January 4th, 2021, after the sexting controversy erupted, it was confirmed by Anything4views that Carson and Kate were never in a relationship. [5] The information came from Fitz in a private conversation with Chad, in which Fitz came up to Carson with the idea of Carson "borrowing" Kate for a few videos. This new information has been met with a mixed response, with some people saying that the might have been too harsh on Kate, and resubscribing to her, while others still point out that she still cheated on other men.

On January 4, 2021, Hugbox and Traves (members from the now defunct Lunch Club) were interviewed by Keemstar, in which they announced that Carson sexted a girl who was underage in early 2019.[6] Hugbox explained that Carson had confessed this towards all Lunch Club members, and was the reason the group dissolved. On January 5th, a Twitter user known as miniborb, came forth explaining that she had been groomed by Carson. She was 17 at the time, and Carson was 19.[7] The next day on January 5th, other former Lunch Club members Slimecicle, cscoop and Jschlatt released statements regarding the situation, all three showing dissatisfaction with the situation. Ted Nivison released his statement the following day. In addition to Lunch Club, many other YouTubers who worked with him previously took action, such as Jaiden Animations, who unlisted the videos she had created alongside Carson, some of which having as many as 17 million views. As the (at the time) alleged victim of Carson's acts, on January 5th, a YouTuber named JOKO released conversations between Carson and other acquaintances of his that confirmed that Carson, back in early 2019, exchanged nude photos with the aforementioned miniborb. Later on January 9, Keemstar released another video on the situation this time mentioning another accuser, stating that at the time of their photo exchanges she was 17 and Carson 20.

The reason as to why it took so long to be revealed was due to fears of lawsuits and more controversy on Lunch Club's end. In response to the allegations, Carson deleted his Discord server and shut down his Subreddit.

Many YouTubers, fans and ex-fans, although condemning Carson for what he did, have expressed the real issue as being the unstable power dynamic between Carson and miniborb rather than the age gap between him and her.

The cheating allegations have been confirmed by ex-Lunch Club members and Carson himself.

As of the 31st of January, 2021, the Subreddit was re-opened again, though without the ability to post new content.

Slimecicle immediately distanced himself from Carson after he realized that what Carson did could be seen as highly illegal.

Jschlatt released a video in which he had more of a neutral response where he encourages Carson to get mental help, and to not excuse himself from the situation. Many have respected Jschlatt for not being so cruel and being respectful about the whole scandal.

Jaiden Animations, realising that she could no longer trust Carson, unlisted her video "I tried to beat Minecraft With CallMeCarson".

SCP Podcast/Fallout with The Narrator

In light of the sexting allegations against Carson, YouTube user 'The Narrator,' a former friend of Carson and former host and creator of the now-defunct Solitary Confinement Podcast (co-hosted by RaccoonEggs as well as Carson) published a video on January 7, 2021 titled 'My Experience With CallMeCarson.'

In this video, Narrator goes into detail about how Carson constantly agitated him while he was suffering from manic episodes (due to Narrator having Asperger's as well as BPD) during Vidcon 2018, constantly prodding him and making fun of him during these episodes. This incident, along with other similar incidents, caused the two to disassociate with each other, leading to the end of the Solitary Confinement Podcast. While disputing how to announce the end of the podcast, Carson went behind the backs of both Narrator and Raccooneggs, hijacking the Solitary Confinement Podcast Twitter account (created and owned by Narrator) and posting an announcement video that was shortly taken down after ten minutes. Before Carson posted the video and hijacked the account, he sought the consultation of fellow YouTubers and friends Altrive and Jawsh, where conversations and DMs provided by Narrator details how Carson outright admitted to wanting to 'sabotage' Narrator and how he wants to proceed with the announcement video, which both Jawsh and Altrive object to.

Narrator alleges that Carson wanted to ruin his life, as he would have sent his rapidly-growing audience of hundreds of thousands to his outlets to end his content creation career, as they would be under the guise that Narrator was a terrible person. In the short-lived announcement video, Carson announces plans to create a new Podcast called the 'Unzipped Podcast' with Raccooneggs and admits to his audience that he believes that Narrator is a terrible person, but they should still 'go follow him and cheer on his endeavors.' Narrator ends the video by confessing that he held off accusing Carson in part of fear of being called a liar, but finally built up confidence to tell his story due to the sexting allegations now confronting Carson. 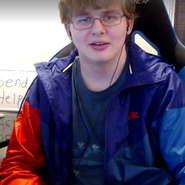 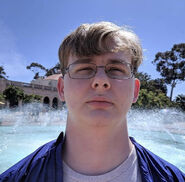 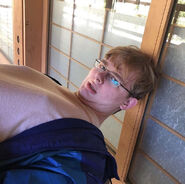 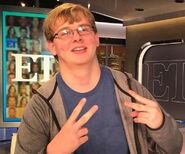 "i've learned to trust myself and only myself" 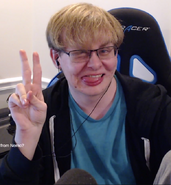 "donde esta hablas ingles...quesadilla ist wunderbar! Como estas quante de mayo sechzen habe un por que - おはいよいよ! jajajajajajaja" -- Roughly translates to: "'where is it you speak english ... quesadilla is wonderful! How are you? May there be a reason why? - Good morning! hahahahahahaha" 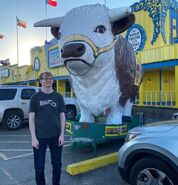 Carson with a look of concern, as he is about to be eaten. "Found a real big cow. Scared!"

Retrieved from "https://youtube.fandom.com/wiki/CallMeCarson?oldid=1072793"
Community content is available under CC-BY-SA unless otherwise noted.