Shannon has been involved in a number of controversies such as Hopeless Peaches and Onision.[1]

Shannon has been cited as an inspiration of several YouTubers such as Nawnii and Prison Mate Luke.[2]

Shannon accused British actress Jameela Jamil of disability faking. However, this came off as ableist to many, and her subscribers criticized her for this.[4]

Shannon also allegedly spread misinformation about a drag queen spreading revenge child pornography and nudes, in a situation where victims were coming forward about her friend’s alleged sexual misconduct. In the video, she spoke about 'drag race' drama and provided the misunderstood evidence, despite nowhere in it was any form of nudes or sexual content.[5] Tarrah Kristine Taylor's video exhibited Shannon of deluding about several people such as Jaclyn Hill's father, and would use the "I'm just joking" excuse as justification.[6]

Another time she said Hopeless Peaches was racist because she had an argument with Omnia, who happened to be black. Shannon said[8] Peaches was 'trying to make herself look like an innocent white girl', despite the fact that Peaches never mentioned their race.

Shannon reportedly[9] tweeted on December 1, "Before I hit 100k, I was friends with another creator. This creator later spread lies about me, told people I was psychotic, and I screamed at her and basically poisoned potential friendships with other people in the art community." In another tweet, she called out Hopeless Peaches by name, writing, "This tweet was about Hopeless Peaches. Finding out that she had told multiple creators who she knew I admired that I screamed at her, and attacked her, when I viewed her as a little sister f--king sucked."[10]

After Shannon came out with her experiences with Prison Mate Luke, this encouraged multiple other people such as Omnia[11], Kai Weiss[12], Avrona[13] and Camila Cuevas[14] to make claims against Peaches. A lot of these claims have been debunked by several YouTubers, including HarleyTBS, Just Stop, Just a Robot, Mali-Malware and Hopeless Peaches herself.

Hopeless Peaches[15] responded to the allegations made against her by several YouTubers, including[16] what Creepshow Art tweeted. On March 18th, Hopeless Peaches made a second and final response to the accusations, which further debunked Shannon's claims.

Hearing Peaches' side of the story changed a lot of things, like the fact that several of CSA's screenshots were doctored. Even Shannon's former friend who wrote the document exposing Peaches [17] called her out. Her [18] response to Tobi's video was also [19] criticized, as she didn't own up to her past actions and doesn't research for her videos, often leaving out context and important information. Shannon also claimed Peaches leaked her phone number, and doxxed her[20]. but Just Stop proved these to be lies. Despite being outed for lying in this drama, she still says her words are true and still defends Prison Mate Luke.

In June 2021, Shannon became subject to accusations for engaging in the internet gossip forum lolcow.farm. The controversy started to escalate after a lolcow.farm admin had revoked Shannon's anonymity and obtained Shannon's posts through her IP address, owing to for breaking the site's rules for anonymously advertising herself, deceptively post about herself in the third person, and other commitments.[21] The admin had also created an full-post history, compiling her anonymous posts reflected by the IP.[22]

Numerous users outside the forum expressed their vexation for her use of words in forum posts, trash-talking and backstabbing on certain YouTube users like Hopeless Peaches and utilizing contemptuous slurs for black people, transgender people, and disabled people. Antoons also found out about the controversy and has mentioned it on his community post, jokingly asking his community if anyone remembered when she called him a transphobe and a backstabber. [23]

During this controversy, on June 5, 2021, Shannon wrote a paragraph on YouTube community post alleging that her concealed stalker had been impersonating her, and regarding the IP address.[25] The post received relatively negative reception, a plenty of users criticized for her lack of knowledge on IPs' functionality, cookie functionality, and large portion of users criticized her high probability of lying throughout the post.

With the leak of the lolcow posts, Emily tweeted "This just needs to be said. This woman has tormented me for years and years. I know her because my ex-boyfriend dated her after me. I moved on but she/they continued to harass and stalk me" and attached a notes app post where she detailed how Shannon harassed her.

The twitter thread went on to read "The fact that she is saying her “stalker” did all of this to frame her is FUCKING HILARIOUS because she has literally been making fake “EmilyArtful” accounts ALL OVER THE INTERNET for YEARS to try and cancel me over the most random shit. What’s even MORE fucked up is she’d fabricate this drama and then make sock puppet accounts posing as a viewer “concerned” and then would send me the screenshots that SHE took. When she first started out doing YouTube she would deliberately copy my thumbnails or titles. Then message me under a sock puppet account saying, “omg creepshowart is copying you!” Egging me on to attack her. But guess what? I never did! I *very politely* asked her to maybe change her title but also said it’s her channel and she can do whatever she wants with it. She was very nice in response and agreed to change it (mind you I still had no idea who she was at this point) then I guess she went to lolcow to claim that “EmilyArtful is bullying small creators”. with zero proof bc, as I said, I was very polite. Then she screenshot that post. And SENT IT TO ME UNDER ANOTHER SOCK PUPPET. I didn’t put 2 and 2 together for a LONG time."

Emily has stated that Shannon and her boyfriend have stalked her over 3 phones and 3 laptops and she is gathering the evidence. Many fans remembered that her second video was about her ex boyfriend's ex girlfriend who stalked her, and they have speculated that the "ex girlfriend" is CreepShow Art, however Emily later said on Twitter that it wasn't her, it was someone else.

On June 12, 2021, Emily uploaded a 2 hour long video[26] where she chronicled the abuse and harassment Shannon and her husband had put her through, with evidence. This included threatening to release comprising images of her from when she was 15, threatening the lives of her children, mocking her for being an addict, making Twitter accounts with the sole intent of gaslighting her and getting her fired from her job as a receptionist by claiming she was a prostitute and they were her "clients". Emily also revealed that Shannon's husband, Anthony Parker, had raped her while she was unconscious. Shannon had met Anthony at their job, and they chose to voluntarily be homeless, partially to fuel Anthony's dreams of being a wannabe rockstar (for his band Ayla, formerly named Meteor Shower), despite Shannon claiming in her earlier videos that being homeless was something that she was forced into and made her life miserable. Emily also noted that Shannon called her stalker "Amy", which sounded like her real name. She had also claimed she was jealous of "Amy", that she dressed like a goth and that she would bring boys to her house through her window, which sounded like she was describing Emily. Shannon had previously stated she wanted to keep her husband's name secret due to privacy reasons, but Emily's revelations made some theorize that it was to ensure her reputation wasn't stained by marrying a rapist.

According to Emily, what started the feud between the two was when Anthony recorded a song which involved a segment of Shannon's singing, and she had insulted Shannon's voice, calling it "weak", which fueled them to hack her Facebook account and release her personal information, despite her later begging them to leave her alone and apologizing. Emily ended the video by saying that she wasn't scared of Shannon anymore and that there was nothing she could do that could hurt her.

As soon as Emily had announced she was exposing Shannon and her husband, they both deleted all their social media accounts (however Shannon's TikTok was still up). Many people such as Kat Blaque, JUST A ROBOT and HarleyTBS expressed their sympathy under the expose video, meanwhile Shannon's own video about her stalker was flooded with comments calling her out and was mass disliked. Her latest video was similarly mass disliked and had comments from her former friends such as Nawnii stating they were ashamed of her.

Shannon has not responded to the video, though she has still been deleting videos that mention "Amy", even after the video dropped. A former classmate of Shannon's corroborated[27] Emily's story, saying that Shannon would brag to them about harassing Emily and gloated when Emily once said that she wanted to delete her channel. He also described Shannon and Anthony's relationship as toxic, despite Shannon insisting it wasn't.

Shannon doxxed her sibling, Jem, while they were in the intensive care unit. Before, she made posts on Reddit claiming Jem called her a racist/white nationalist, claiming they would insult her body and caused her to have an eating disorder and said that they called Anthony abusive and hated him as he was a straight white male. She also said that when she came out as bisexual, Jem (who's lesbian) said she wasn't "gay enough" to be part of the LGBT community. They alleged that Shannon and their parents were homophobic and hated them for being gay, but Shannon claimed her parents were nothing but supportive and paid bills to the point they went in debt. Shannon eventually cut Jem off when their father had a heart attack and was hospitalized for two months and they refused to visit him, despite their mother begging them to. She also revealed that they both had a brother, Bobby, who died, and Jem would claim that he was jealous of them. Jem was hospitalized in March 2021, and reached out to Shannon for support, only for Shannon to doxx them on to lolcow. However, this action was what led the lolcow admins to revoke her anonymity. Even though Shannon had referred to Jem as a female and with she/her pronouns in the Reddit post, Jem is actually non binary and uses they/them pronouns- making Shannon's behaviors towards them transphobic.

After multiple people came out with their side of the story with Shannon, Jem decided to do the same[28]. They revealed that they caught Shannon in the act of spamming Emily Artful with hateful messages, and that they believed that Anthony was abusive and both of them were capable of doing harmful things. While Shannon had claimed they had a dead brother, he was actually a cousin and Shannon only referred to him as a brother after he passed. 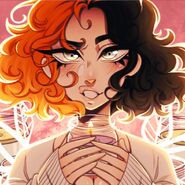 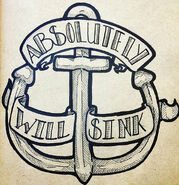 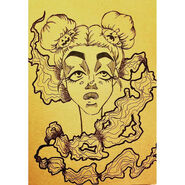