James Grey, better known online as Cyrotech (or just Cyro or Mr. Tech by viewers), is an American YouTuber. He lives on the east coast of the United States, often referring to himself as a "New Englander." His content mainly consists of Minecraft livestreams and videos, also including original pieces of music written by the YouTuber. Cyro plays with his fans on Hypixel and MunchyMC, and streams a survival series titled "Cynical SMP." He has based his channel around having fun with his community, often trying his hardest to keep them entertained and happy. He genuinely loves all of his fans, making sure to welcome each person back to his stream chat by name, and treating his fans like family. Cyrotech is known for his dry humor, and his genuine nature on the platform. Unlike most YouTubers, Cyro is the same person off-camera, and he tries to keep his content as genuine to himself as he can.

Cyrotech has successfully pulled off a 24 hour livestream, ending the stream dancing around his room, and remarking "Alright, it's been a fun time, but I need to sleep. Goodnight gamers," despite it being around 10AM in the morning. He says he does not plan on doing another one, despite hinting that he wants to. He has also done a stream for cancer research, and done multiple streams where he has shouted out and raided smaller streamers. And as of the 27th and the 28th Cyro has successfully completed a second 24 hour livestream, where he talked with Drabon, played various video games, and got asked to join a discord VC over and over, overall a very successful stream and many viewers enjoyed it quite a bit.

Cyro hopes to major in music after highschool, and hopes to become a composer and professional musician after college. He has produced many original songs, mostly written for his video game. His favorite composition is his song "Lost Hope", which currently sports 1,400 views. He has livestreamed the creation of a few of his songs, and currently has a portfolio of 120+ songs.

Cyro's original channel was named FNAF Boy1983. As the name implies, he uploaded primarily Five Nights at Freddy's related content. His content at the time mainly consisted of speededits, in which he would edit pictures of Five Nights At Freddy's characters and turn them into new characters. Throughout his time as FNAF Boy1983, he remained under 100 subscribers, and only passed that milestone once he started to upload gaming content. He had 2 small name-changes, one being PermaFrostPlays, and the other being JayBackyard. His old fans have seen his face, as he uploaded vlogs during his time as JayBackyard.

Cyro says he will reveal his face to his channel at 100,000 subscribers, but claims it is an "Impossible goal to hit" (Cyrotech 2019). He has posted small teases on his Discord server, and has also offered chances for fans to meet up with him in public, as long as no photos were taken. To this day, he has never met a fan in real life.

As of the 25th of February, 2020, Cyrotech’s YouTube channel has become monetized, to the happiness of Cyro and his fans. Cyro reported that when he told his parents, he got a high five, and one of his discord moderators Audreyy remarked “No hug? Damn”.

Cyrotech's online character depicts a young looking white male wearing a black sweatshirt, black pants, white undershirt, one blue shoe and one purple shoe. It has one blind, white colored eye, and one normal looking eye. His hair is brown online, but resembles more of a dirty-blonde in real life. Cyro wears glasses in real life, but his online character depicts no eyewear. Purple and blue flames are shown to come out of his hands, blue from the right, and purple from the left. (His character depicted by artist Ossine on Twitter)

Cyrotech lives on the east coast of the United States, with his parents, brother, and dog. Cyrotech shares a room with his younger brother, and often gets annoyed when he walks in during his streams.

Cyrotech has owned many pets throughout the history of his channel. All of his animals have met the unfortunate fate of death, to the hands of other people. His first pet, Gerald the Chicken, was slaughtered by DoppyRex during a worldedit accident on SkippoAPS's MythMC server. Gerald's successor, Gerald II, was killed by DoppyRex using a diamond sword. On MunchyMC, Cyrotech closed a bat in a small space using wool and named it Sprinkles. It later died due to being lit on fire by a blaze. Sprinkles II and Spronklez, a chicken, were later murdered by Loapy, a viewer on Cyro's streams. This was followed by a riot, in which half the server was spamming to ban Loapy, and targeting him in game. (Image depicting Loapy murdering Sprinkles and Spronklez, illustrated by Ossine). Later on a viewer got in on a joke from everyone gaining roles into Cyro’s family, they gained the name of Cyroscat after a Viewer Jassims made a cat version of Cyrotech’s skin. The Cyroscat viewer still remains as Cyroscat and makes plentiful jokes on how Cyro doesn’t feed him.

Growing up, Cyrotech watched YouTubers like Markiplier and Technoblade, and it reflects on the way he styles his videos. His intro largely reflects that of Markiplier's, starting by addressing the audience and welcoming them to another video. His commentary style resembles that of Technoblade's, as his pronunciation of words is similar to Technoblade's, despite being from the east coast. He also uses some of Technoblade's phrases, such as "nerd" and "what a scaaaaam!" 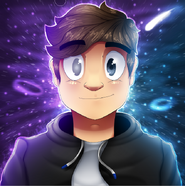 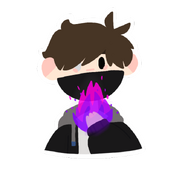 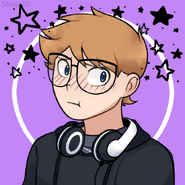 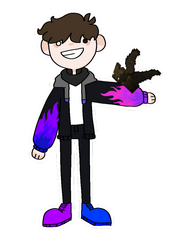 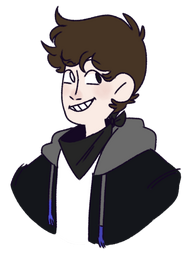 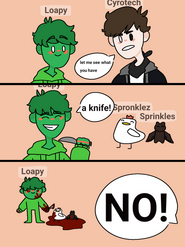 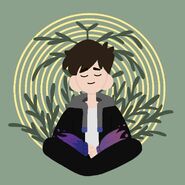 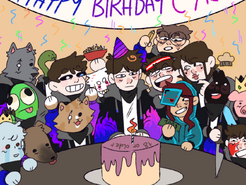 Add a photo to this gallery
Retrieved from "https://youtube.fandom.com/wiki/Cyrotech?oldid=900761"
Community content is available under CC-BY-SA unless otherwise noted.