Daequan Loco (Born: May 12, 1994 (1994-05-12) [age 26]), is an American YouTuber, Twitch Streamer, and a Professional Fortnite player who currently resides in Los Angeles, California. Daequan is known for popularizing the 'Double Pump', winning Fortnite's early invitationals, and for his comedic humor. He started his Daequan Loco channel just for Fortnite content. He is a member of Team SoloMid (TSM). As of June 4, 2019, Daequan is on a hiatus due to health problems.

On May 10, 2018, Daequan moved to Los Angeles when he and his TSM team successfully created their own house with Myth and Hamlinz.

Daequan became a part of TSM in February, 2018 signing on to be a part of TSM's competitive Fortnite squad. He has had a storied gaming history, having played numerous games at a competitive level including but not limited to Destiny 1 PvP, Black Desert Online, GunZ, Wildstar, and Smite. He logged an insubstantial amount of time on H1Z1 before discovering Fortnite, is ostensibly his first Battle Royale game, where he is well known for having the most invitational wins in North America and significantly influencing the meta through his gameplay.

“I really feel blessed that TSM is an organization that I could join. It’s important to me that Reginald was also an eSports player so he can understand what it’s like for us and relate. Being a part of this organization is beyond words and I am grateful to each and every one of you that has been a part of it and I can’t wait to see what the future holds for us. We have an amazing team with genuine personalities and I hope to build lasting relationships between all of us and that we are able grow not only our businesses and channels but as people as well and go on to do great things in the future. I have no doubt in my mind that we won't be 100% successful in all that we encounter!” ~ Daequan

On September 19, 2019, Daequan made a video explaining what had been going on during his latest times. He claims that Fortnite was not as enjoyable as it used to be (and also says he will no longer play competitively), his girlfriend (Exie) dealing with health problems, stress, and talking about his past health issues. 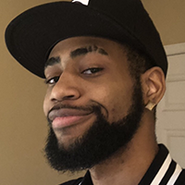 Daequan's 'face' meme, used in thumbnails and is an emoji on his Twitch Chat and Discord. 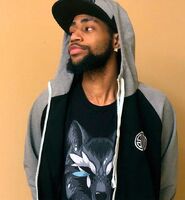 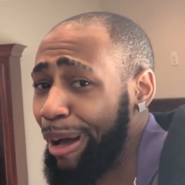 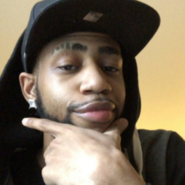 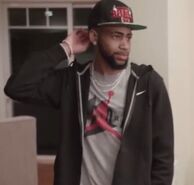 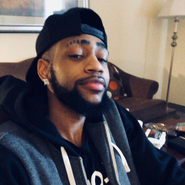 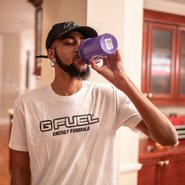 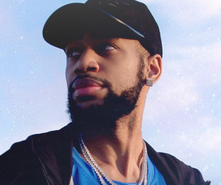 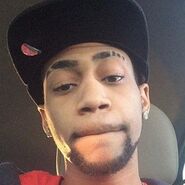 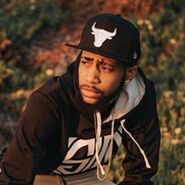 Retrieved from "https://youtube.fandom.com/wiki/Daequan_Loco?oldid=632007"
Community content is available under CC-BY-SA unless otherwise noted.