Dan was born in Wokingham, Berkshire, England. He currently lives in London, England with Phil Lester (aka AmazingPhil). His first video was titled "HELLO INTERNET", having previously watched YouTubers for 3 years. He started making videos when a few of his friends, including Phil Lester, convinced him to upload videos to his own channel.

Dan attended Manchester University in 2010, studying Law, but dropped out after a year as he realized law was not a path he was able to take, and it made him upset and angry. He eventually dropped into a stage of existential crisis, and took a year out from his studies. However, he never returned as he decided to pursue a career as a YouTuber instead. In 2011, he posted "College Dropout " discussing this event.

On the 1st of May 2017, Dan changed all of his social media from danisnotonfire to Daniel Howell. In his video "RIP danisnotonfire (i'm not dead) " which was later renamed "RIP danisnotonfire ", he announced that this is now his permanent handle for the foreseeable future. In the video, he also said that nothing else would change and he would keep the previous way of things.

On October 11, 2017, he revealed in a vlog that he has suffered through clinical depression and has been seeing a therapist for nearly 3 years. Due to this video, he was chosen to be a mental health ambassador for Young Minds, the UK's leading charity committed to improving the emotional well being and mental health of children and young people.

Dan and Phil also have a joint gaming channel called DanAndPhilGAMES. They made this channel in September 2014 after turning their radio show into the "Internet Takeover", leaving them more free time. The most recent video was uploaded in December 2018 and the channel is currently on indefinite hiatus.

On June 13th 2019, Dan uploaded a video titled Basically I'm Gay, where he explained in detail about his past pressures including sexuality, depression, internalized homophobia, a suicide attempt, bullying and bigotry which he was on the receiving end of for over half his life. Dan gained a lot of support after the video had been released, receiving mass praise for being able to put into words what many LGBT+ individuals have experienced or been feeling on the matter in the course of their life, which is why he has connected with so many audiences in the past few days of its release.

Within the video, he mentioned his relationship with Phil, which had previously been the subject of fan speculation. He stated that he wants to keep his relationship with Phil private, and discussed how in the past he received an extreme amount of pressure from people harrassing him to reveal his sexuality, which was very hard for him to take especially as he was not out to his family at the time. When it comes to his sexuality in particular, he stated that doesn't really like labels due to his experience with it in the past, but identifies as gay and queer.

On March 27, 2015, Dan and Phil revealed they had written a book together called The Amazing Book Is Not On Fire. It was released on October 8, 2015, and 'is a book created by two nerdy guys who share their lives on the Internet'. Alongside doing book tours to promote it and meet their fans, they also used the book trailer to reveal their tour, The Amazing Tour Is Not On Fire. Originally designed to only be in the UK, the tour sold out within only a few days and so they decided to expand it to an international tour between 2015 and 2016.

On 14 November, 2017, Dan released a video on his main channel titled "Interactive Introverts - Dan and Phil 2018 World Tour Trailer", announcing a second world tour. It began on the 28th of April, 2018 at Brighton, UK and ended on the 28 of November, 2018, lasting exactly 7 months. Interestingly enough, due to immigration barriers, TBCs such as Brazil and Mexico were held for an year before being cancelled.

Along with Phil, Dan was one of the presenters of the Super Amazing Project, a YouTube video series from My Damn Channel, encompassing scary/freaky happenings sent in by viewers, challenges between two presenters, and strange news from the previous week. The show spanned for three seasons, however Dan confirmed in a YouNow broadcast that except for seasonal specials, there won't be a fourth season. Its legacy was carried to their radio show. The Super Amazing Project has since been cancelled.

On September 14th 2020, Dan announced that he was writing a book on mental health entitled You Will Get Through This Night , release date 18th May 2021.

In November 2012, it was announced that Dan and Phil would host BBC Radio 1's request show, starting on January 13, 2013. The show was fully interactive, allowing listeners to call in to request a song and doing challenges to get it played ("fan wars"). Fans could email music to Dan and Phil, which would then be shown on the BBC Radio 1 website. The entire show was streamed in video, live on the website. However, in September 2014, they renamed it the “Internet Takeover". An internet celebrity would come in every week to host the show, with Dan and Phil hosting on the first Monday of every month. The show ended on 25 April, 2016. 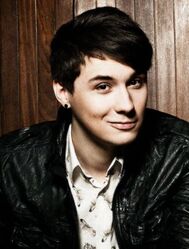 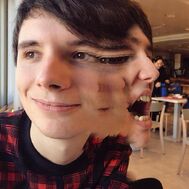 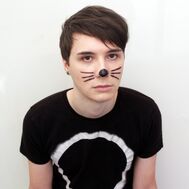 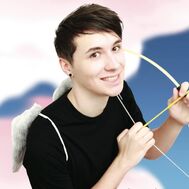 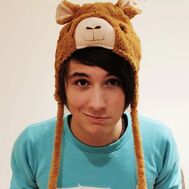 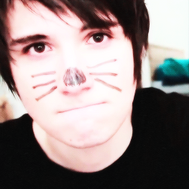 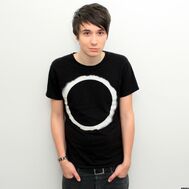 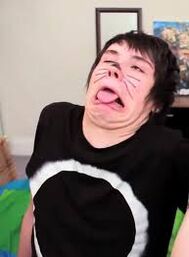 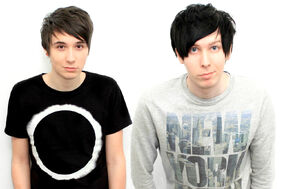 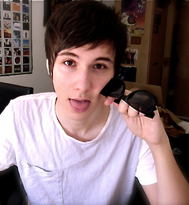 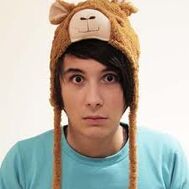 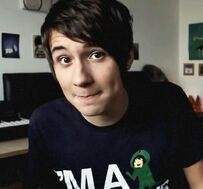 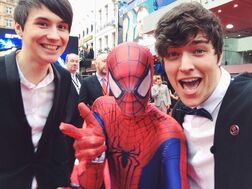 Dan & PJ with Spider-Man
Add a photo to this gallery
Retrieved from "https://youtube.fandom.com/wiki/Daniel_Howell?oldid=1099270"
Community content is available under CC-BY-SA unless otherwise noted.