Growing up, Danny would make YouTube videos with his friends for fun.[1] He started editing videos when he was thirteen. As a high schooler, Danny would often create funny skits and parodies for his school.[2]

In 2013, while attending college, he created an account on Vine, a popular 6-second video sharing app. His first post, “Target headphones like what up,” was created as a way for him to test out the app and see how it worked. Overtime, he made more Vines and gained more followers. Throughout his Vine career, Danny collaborated with several Viners, including BigNik, Esa Fungtastic, Brennen Taylor, Thomas Sanders, and others. Additionally, he would often create special effects for other Viners' videos.[3]

Danny later participated in Camp Unplug, a 2016 Vine mini-series about a camp, during which he met Drew Gooden. He, along with the rest of the cast, received a Streamy nomination for Best Ensemble Cast in a Web Series.[4] When Vine shut down, he had accumulated around 2.9 million followers.

In 2014, while he was still on Vine, Danny created and started uploading videos to his YouTube channel. After Vine shut down, he turned his focus to YouTube, and experimented with a number of different genres to see what stuck. He eventually settled with commentary.

The videos that launched Danny's channel into immense popularity were his 2018 Troom Troom reaction videos, specifically his video "Trying Troom Troom's Awful Pranks."[5] The video gained popularity a few weeks after he uploaded it, bringing his number of subscribers from under 700,000 to 1.2 million over the course of a month.

Danny's videos mostly provide comedic commentary on general aspects of current media culture, such as other YouTubers or YouTube videos, TikTok and Instagram content, low-budget movies, and advertisements. He tries to bring humor and skepticism to the topics he discusses. In addition to commentary videos, he will occasionally upload longer videos in which he makes an attempt at some sort of experiment.

Danny's second channel, named 2 Danny 2 Furious, is where he uploads more low-effort content. His second channel has since gained over 1 million subscribers. He also sometimes uploads edited versions of his Twitch streams to his gaming channel, Danny GAMEzalez.

The name of Danny Gonzalez's fanbase is Greg. The name was originally created in the video "I Don't Like Jake Paul's New Music Video (Jake Paulers Reaction)", in which Danny tries to find a new name for his fanbase by looking up "strong names'' on Google. He finally decides on the name Greg after picking it out from an article titled "85 Strong and Powerful Baby Names With Great Meanings''

Danny often jokingly states that Greg is the fastest growing army on YouTube, (but nobody is allowed to look it up), that members of Greg are blood-related and immortal, and that the enemies of Greg are Craig.

Famous members of Greg include Disney actor Jack Dylan Grazer. When Danny uploaded a review of the film Scales: Mermaids Are Real, Jack, who played the role of Adam Wilts, commented his approval underneath[10].

This is Danny's explanation of Greg, which is in the description of most of his videos: "WHY DO I CALL MY FANS GREG? Greg is the strongest family on the internet, we're the fastest-growing channel on YouTube, and we make fire content. So, instead of making up some pun using my name and calling my fans that, I decided to use a different name entirely. A name so strong, haters tremble when it is spoken. WE ARE GREG. AND WE ARE TAKING OVER THE INTERNET. And all you have to do to join is hit subscribe and turn on notifications."

Danny has created many comedic songs like "Hop Out The Whip" and "Spooky Boy" and many songs for various videos like "SLIME" for the video titled "The Weirdest Children's Channel On YouTube" and "I'm Gonna Kill Santa Claus" for the video titled "The Worst Christmas Movie Ever Made". Danny even gave himself a name for his rapper alter-ego: Young Face. The name is a joke about how people frequently mistake him for a younger age.

On April 26, 2019, he released an EP called Bump This, which consisted of six comedy songs. The EP peaked at No. 1 on the iTunes comedy album charts.[11]

In 2019, he and Drew Gooden headlined the "We are Two Different People" comedy tour with Kurtis Conner as the opener. The tour was named as such due to the similarities between Drew and Danny, both being self-described "skinny white guys on the internet". They performed many comedy sketches, similar to their videos, as well as stand up comedy and live music. Danny, Drew, and Kurtis are close friends in real life, and created multiple videos together while they were touring. The tour consisted of 29 shows across the USA, many of which sold out.

Danny attended Wheaton North High School in Wheaton, Illinois where he participated in theater, and was on the school's speech and debate team. In 2016, he graduated with a degree in computer science from the Georgia Institute of Technology.

Danny has always been pretty quiet about his family, but he has shared some information. In one of his old music videos, the credits mention that his parent's names are Dave and Judi Gonzalez.

Danny married Laura Fuechsl on July 1st, 2017. They started dating in high school when he was 16 and she was 17.[12] Laura is very supportive of Danny's career and appears in some of his videos. The couple currently lives together in Illinois, with their dog, Sundae. 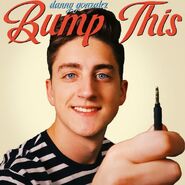 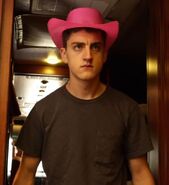 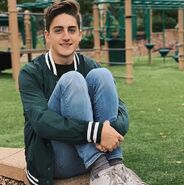 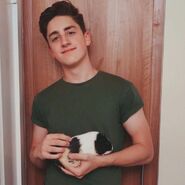 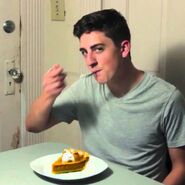 His hamsters Goose and Bambi 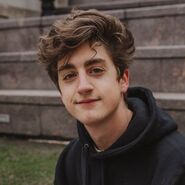 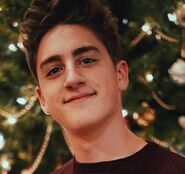 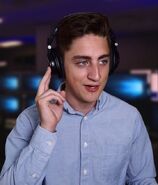 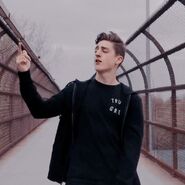 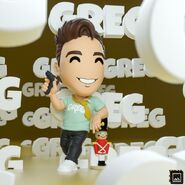