Dávid Julián Dobrík (born: July 23, 1993 (1993-07-23) [age 28]) is a Slovak-born American YouTuber and vlogger based in Los Angeles, California, who started his career on Vine and continued onto YouTube. All of Dobrik's videos are exactly four minutes and twenty seconds long. Originally, Dobrik wanted to stop vlogging on his 420th vlog but he decided to continue onwards. He was known for dating popular internet celebrity Liza Koshy, until their break-up in early 2018. He is also known for his crazy science experiments in his backyard.

He was previously part of a collaborative channel called Second Class, along with fellow YouTubers Cameron Kasper, Jack Dytrych, Jake Webber, and Bren Lunn. He also has a second channel named David Dobrik Too. He has recently become extremely popular on TikTok.

He is currently a DACA recipient.

David was born in Košice, Slovakia before moving to Ohio then to Chicago, Illinois when he was about 6 years old. He is currently a DACA recipient living in Los Angeles, California. He has three siblings named Ester, Sara and Toby. In his videos he said that Toby Dobrik is his favorite sibling.

In 2015, he met a YouTube and vine star at the time named Liza Koshy and they began dating. In June of 2018 David Dobrik and Liza Koshy announced their mutually amicable breakup after keeping it hidden from fans for 6 months.

He started out on the now defunct 6-second mobile app, Vine where he was also popular, reaching over 1.3 million followers. On April 3, 2013, he uploaded his very first Vine video. He has collaborated with many other Viners such as Gabbie Hanna, Alex Ernst, Brandon Calvillo and Josh Peck.

Beyond internet entertainment, Dobrik voice acted the role of Axel in The Angry Birds Movie 2, from November 2019 to January 2020, was one of the judges on the Nickelodeon TV show America's Most Musical Family, hosted The Stars of SpongeBob Fan Favorites Special, and, as of August 2020, hosts Discovery Channel's reality competition TV show Dodgeball Thunderdome.

Dobrik has a history of saying racial slurs[1] and even asked a minor for sex[2].

Trisha Paytas uploaded [3] a vlog dragging Dobrik, calling him a terrible friend and saying [4] that he made her break up with Jason. In addition he was also accused of abuse by two [5] different [6] people. This caused his comment section to be flooded [7] with hate comments.

It is also alleged that someone from his vlog squad was a rapist. He finally addressed[8] the allegations in a video called 'Let's Talk' but ironically, he disabled likes/comments. Later in March, he uploaded[9] a video titled '03/22/21' where he did enable likes and comments, and though the like to dislike ratio is in his favor (755K likes /185K dislikes), most YouTubers believe he is not sorry and only made the video due to his sponsors dropping him. He would remain inactive but started re-uploading in June of 2021[10]. 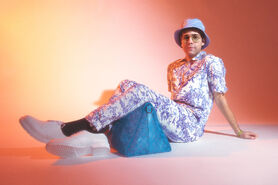 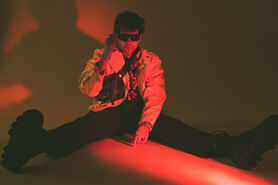 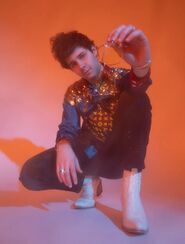