Griffin Alexander Klaus (October 14, 1998 – July 28, 2019 [aged 20]),[1] better known online as Dillon The Hacker or Dillon Prescott Henderson, was an American satirical YouTuber who made ranting vlogs. He joined YouTube on February 27, 2014. He primarily became popular because of his rant videos about PewDiePie, as well as other YouTubers like VanossGaming, Smosh, Markiplier, Jacksepticeye, and Pyrocynical. Dillon became notorious for his rants on PewDiePie and other YouTubers, earning him a lot of subscribers and made a lot of YouTubers' fans mad at him, which was presumably the intention and desired reaction of his videos. During PewDiePie's battle with T-Series, Griffin took advantage of the conflict by once again returning to rant on PewDiePie, as well as other YouTubers.

Dillon also got featured on many popular YouTubers channels, most notably PewDiePie, Luna and Pyrocynical and became a well known troll after pretending to hack these YouTubers.

On August 28, 2019, it was revealed that he passed away on July 28, 2019, without the explanation of the cause of death. On August 31, 2019, according to Griffin's former best friend BG Kumbi, Griffin died by suicide, and Kumbi couldn't do anything to prevent it, because the two lost contact because of college.

Griffin was born in Covington, Louisiana [2]. His best friend was Kevin, also known as BG Kumbi. They go to the same school. Kevin supported Klaus's videos and promoted his channel to help him gain more fans. His dad works as a supervisor on offshore oil-rigs, so he doesn't know what videos Klaus is making on YouTube. His mom hears him making his videos, and Klaus has explained to her what he is doing on YouTube, but she is out of touch with the Internet and doesn't understand what YouTube is. Klaus said he had a girlfriend named Pupinia Stewart, and that "they will rule the world". In 2015, they broke up. He was introduced in Pewdiepie's YouTube Rewind.

On June 15, 2012, Griffin's friend BGKumbi discussed his friend named “Dillon who is a hacker“. When Klaus uploaded his first YouTube video, it became so popular, that it gained 111,000+ views in the first week.

On April 1, 2014, Griffin joined YouTube and uploaded his first video under his "Dillon the Hacker" character, where he satirically criticizes PewDiePie and claims to be doing YouTube strictly for business, and to cause "utter freaking chaos". Seeking to create a new generation on YouTube, Dillon stated how he's going to lead this new generation against every YouTube channel who stands in his way, mainly PewDiePie himself.

They ignored his warnings and found his address in Arizona. But then members of 4chan found out that it was a bait by Klaus. The fake address was tweeted by him.

Around 2014, Griffin began making videos on hating PewDiePie, notable examples being how he (Dillon) beat PewDiePie and took over his channel, stole Marzia, and even released an apology video, which turned out to fabricated, and at around 1:07 through the video he apologizes to the Bro Army for being born without brains, and wondering why they like PewDiePie.

In 2016, his main channel got terminated, but eventually got it back. Due to PewDiePie helping Griffin reinstate his channel, Griffin was grateful that his channel is back thanks to PewDiePie and claimed that he's becoming friends with PewDiePie, even joining the Bro Army as a result. When Griffin turned 17, he claimed that PewDiePie was chatting with the former on Skype and that he's coming to England to meet PewDiePie himself to celebrate his birthday, "kicking it old school".

However, upon visiting PewDiePie in England, Griffin had the displeasure of being "treated like a fangirl", ignoring Griffin during most of his visit, and how PewDiePie spent most of his time cuddling up with Marzia instead of spending time with Griffin. As a result, Griffin claimed that he no longer cares that PewDiePie saved his channel and that his actions are inexcusable, with Griffin as Dillon the Hacker returning to rant on PewDiePie as punishment. Since then, Griffin continued making satirical rant videos on PewDiePie, the latter even featuring him on his channel twice, one time is a collaboration between the two.

During the battle in 2018 between PewDiePie and the Indian music company T-Series, Griffin uploaded a video, stating he finally got a response from T-Series regarding PewDiePie.[3] In the video, Dillon states that he is the one who founded T-Series in the 1980s with one goal in mind: to defeat PewDiePie. Dillon then claims he will soon surpass PewDiePie in subscribers, and when that happens, he will start uploading his videos to the T-Series channel and will become "untouchable". The video was satirical, but he still received more dislikes than likes.

After four months, Klaus finally revealed that he was hacked by an anonymous member named Derrick (who also hacked his older YouTube channel). He made his new YouTube channel called Dillon Prescott Henderson. His first video was uploaded on May 10. But in the video, Klaus threatened Derrick. So Derrick became mad and made a video response.

Griffin asked PewDiePie to help him get his channel back. He didn't want to, but at the end he did and Griffin made videos on his new channel as well on his old channel. Dillon later joined the bro army.

In 2016, Griffin's main channel got terminated from YouTube, but his second channel is still on YouTube. In the end, Griffin got his main channel back.

Griffin passed away on July 28, 2019 in Hammond, Louisiana [4], but his family and friends kept it private until a month after when his family came forward saying he had passed. It was first revealed by a Twitter user known as Selma, who posted photos explaining that Griffin passed away. [5] The image contains the news, "many of you may be familiar with the name 'Dillon The Hacker'. He is someone who has provided us with such amazing satirical content. It's why it is with great sadness for me to say that he passed away. He is someone who, on a personal level, I have shared some great moments with. Although our time together was not long, he was genuinely such a kind and funny person. he will be missed".

Another Twitter user by the name of Tyler Damsma tweeted the out the same style-messages, saying that Griffin had passed away. Later on, DramaAlert's host KEEMSTAR ended up tweeting about the subject, and twtselma responded, telling him about the situation.

PewDiePie also tweeted his condolences on Twitter saying "Dillon the Hacker was such a talented young comedian. He successfully trolled my entire audience at one point. Such sad news to hear about his passing. My condolences to his family and close ones. RIP Dillon." Griffin was also put in PewDiePie's YouTube Rewind 2019 as a tribute.

YouTuber and best friend of Dillon, BG Kumbi also made a video giving his condolences to Griffin. In the video, BG Kumbi implies that Griffin actually committed suicide and that he wishes he could've prevented it by speaking to Dillon. Although the two separated because of college.[6] 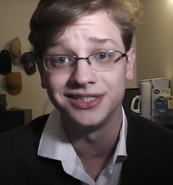 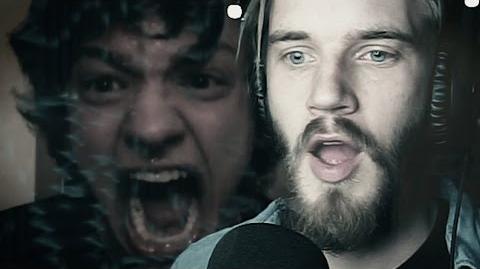 MY BIGGEST HATER!
Add a photo to this gallery

Retrieved from "https://youtube.fandom.com/wiki/Dillon_The_Hacker?oldid=702040"
Community content is available under CC-BY-SA unless otherwise noted.