After creating her account in February 2011 she posted her first original song, written two years prior, titled "Rain" on April 14th. Her other channel 'doddlevloggle' primarily features song covers, original songs, and vlogs.

On November 2, 2017, she published a book titled "Secrets for the Mad: Obsessions, Confessions and Life Lessons". This book was a collection of personal stories, lessons, song lyrics, and photos of Dodie's that she wished to share so that she could help inspire her fans when getting through tough times or dealing with mental illness.[1]

Dodie has posted many of her original songs online, the most popular being "An Awkward Duet" with Jon Cozart. She has also posted many ukulele covers of popular songs having covered the likes of Taylor Swift.

In 2014, Dodie joined fellow YouTuber Bry on his national tour of the UK. She then joined Bry the following year on his tour of Australia and New Zealand. In January 2015, she supported Bethan Leadley (MusicalBethan) on her UK Tour. In April/May of 2016, Dodie joined Tessa Violet and Rusty Clanton (and Jon Cozart on some shows) on a US tour. She then returned to the US with Tessa, Rusty, and Jon (again in some shows) in October 2016.

On August 11th, Dodie released her second EP You. It includes 6 tracks: "In the Middle", "6/10", "Instrumental", "You", "Secret for the Mad" and "Would You Be So Kind".[4][5] "You" reached no.6 on the official UK charts. In October, dodie toured her headline tour for You in the UK with Orla Gartland as her support act.

In 2018, Dodie started the year by releasing a new single "Party Tattoos," which would be a standalone single on January 1st.[6] She then went touring in Europe through February and March. Upon returning to the UK, she set off for more touring throughout the UK and Ireland through March and April in which the tour was titled "The Spring Tour," where she was supported by the acts Fenne Lily and Skinny Living. Her touring in 2018 didn't stop there though as she then went touring again in September with Tessa Violet in the US.

On January 18, 2019, Human, Dodie's third EP, was released. It includes 7 tracks: "Arms Unfolding", "Monster", "Not What I Meant" (featuring Lewis Watson), "Human" (featuring Tom Walker), "She", "If I'm Being Honest", and "Burned Out".[7][8] Of all of the tracks, only three were new to those who had been following Dodie for awhile: "Arms Unfolding", "Monster", and "If I'm Being Honest". "Arms Unfolding" is the second song of Dodie's that she's fully produced by herself and after she released the EP shared that she had hidden the lyrics to the song in her videos on YouTube.[9] "Not What I Meant" was previously a duet between Dodie and Dom Fera in 2018 with a completely different title: "Bitter Content", which was based off of his short film, "Content" (2017)[10] and "Human" had previously been a duet between Dodie and Jon Cozart who goes by Paint on YouTube back in 2016.[11] "She" was a song originally written in 2014[12] and "Burned Out" was shared at the end of 2017[13] on YouTube, both are tracks that Dodie decided to properly produce for this EP. The EP debuted as number 5 on the official UK Albums Chart.[14]

To celebrate the release of Human, Dodie went touring in Europe in February and March. While on tour she performed a song that hadn't been released at the time. A few weeks after she came home from touring, she released the single, "Guiltless" on May 27, 2019.[15]

She'll be touring in the US in September and October 2019.

Dodie grew up in Essex with her parents, a brother Iain and younger sister Hedy (who also has a YouTube career), where she completed her GCSEs and A-Levels. After finishing school Dodie moved briefly to Bath, England where she lived with YouTube artist Jamie Jo (BananaJamana).

She previously worked for social media group Hiive. In January 2015, Dodie moved to London and into a flat (nicknamed 'Dovan Flat' by fans) with good friend and American YouTube content creator, Evan Edinger. As of February 2016, Dodie moved into a flat with her friend and fellow YouTuber, Hazel Hayes.

Dodie is good friends with fellow YouTubers Bethan Leadley, Bry and Candice O'Reilly,  previously mentioned Hazel Hayes, Jamie Jo and Evan Edinger, and Lucy Moon. In March 2015, Dodie confirmed via Twitter that she was dating fellow YouTuber content creator and filmmaker, Sammy Paul. Dodie announced via Twitter that the two had broken up a few weeks prior to Summer in the City 2015, but have since remained good friends. In a video posted April 12th 2017, "dodie - Intertwined my meaning", she called him her "best friend". In November of 2015, she shared that she is bisexual via Twitter. She later went into detail about her bisexuality in a YouTube video posted on May 23, 2016, and posted a question-and-answer video themed around bisexuality in October 2016. 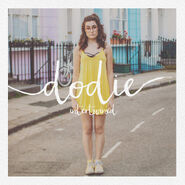 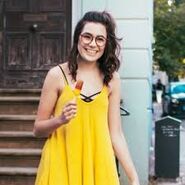 Dodie Live on Stage for her Intertwined EP Tour 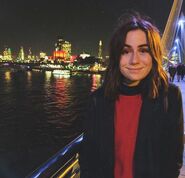 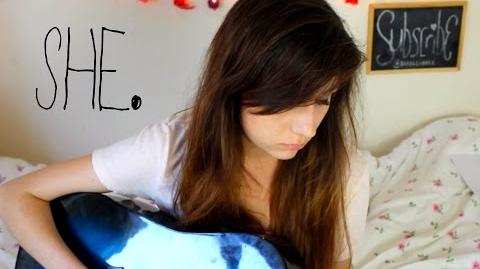 She - Original song
Add a photo to this gallery

Retrieved from "https://youtube.fandom.com/wiki/Doddleoddle?oldid=694606"
Community content is available under CC-BY-SA unless otherwise noted.