Desmond Daniel Amofah[1] (May 12, 1990 – June 22, 2019 [aged 29])[2], better known online as Etika, was an American YouTuber and gaming commentator known for his streams and discussion videos about video games or other topics. Prior to his YouTube career, Desmond was an active rapper and model. He started his first YouTube channel in 2012, where he would upload gaming-related live streams. He became known for his reactions to Nintendo products and games, such as the Super Smash Bros. series. His fans are collectively known as the JoyCon Boyz (after the Nintendo Switch's Joy-Con controllers) and more recently, the 9 Gang.

After a string of mental breakdowns, Desmond posted a (presumably scheduled) video that appeared to resemble a suicide note on June 20, 2019, and was reported missing by police shortly thereafter. Desmond's body was found on June 24, 2019, but was not confirmed to be him until June 25, when he was pronounced dead by the NYPD.

Desmond's father is Emmanuel Owuraku Amofah, a Ghanaian politician and lawyer. Owuraku is known for a 2000 incident in which he allegedly slammed the door on former Ghana President Jerry Rawlings' fingers, injuring him. Not much is known about Desmond's mother.

On October 25, 2018, Desmond's account was terminated for posting pornographic content and other Community Guidelines violations at around the same time. His Twitter and Facebook accounts were also inactive for unknown reasons. On October 26, 2018, it was reported by his ex-girlfriend Christine (Alice Pika) that he was sent to a mental hospital. On October 29, 2018, Desmond confirmed on his Twitch stream that he actually got his channel deleted on purpose due to the fact that he does not get ad revenue on the channel.

Desmond's ex-girlfriend Alice was with him at the time and documented what was happening. At one point, Desmond asked her to leave because "he's expecting people to show up at his house and it might not be safe with me there.” Eventually, she contacted police, who restrained Etika and took him to a hospital.

On April 29, 2019, while streaming on his Instagram Live account, the NYPD's Emergency Service Unit appeared outside Desmond's apartment window responding to a call from someone out of state (presumed to be a concerned fan). Streaming the event live, Desmond repeatedly denied assistance from officers, requesting them to check his Instagram stream to verify he was "fine" and unarmed. Soon after, the SWAT team broke down his door and he was taken into police custody.

On June 19, 2019, Desmond posted a video titled "I'm sorry", in which it seemed like he was talking about his impending suicide. Its description was called "a suicide letter" by Keemstar on Twitter. He had not said anything furthermore or given any update. His Discord moderators did apparently call his local police. The video has since been taken down by YouTube and later, it was reuploaded by Etika's fans to other outlets. He was also confirmed missing by the NYPD, in a tweet made at 6:39 PM on June 19, 2019.

On June 22, 2019, the NYPD found several of Desmond's personal belongings, such as his wallet, cell phone, Nintendo Switch, laptop and clothes at the Manhattan Bridge.

It was reported Desmond died of suicide by drowning after jumping from the Manhattan Bridge, after a long battle with bipolar disorder, as per the NYPD on June 25, 2019, one day after his body was recovered in the East River in New York City (at the time, it was unconfirmed if it was Desmond or another individual).

After Desmond's death, the YouTube Creators Twitter account responded to his death, stating that the YouTube community is mourning the fact that it lost Desmond. Big YouTube stars such as PewDiePie and KSI also responded to the tragedy, wishing for Etika to rest in peace. CoryxKenshin made a 7-minute video condoling Desmond and additionally talked about how YouTubers, especially every individual in the world, has to love each other to help each individual out, especially in hard times. 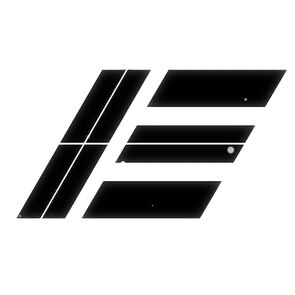 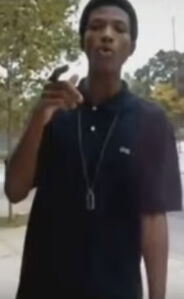 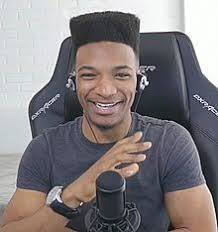 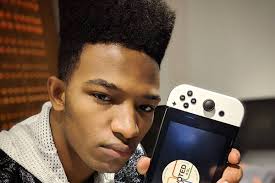 Etika holding a nintendo switch
Add a photo to this gallery

Retrieved from "https://youtube.fandom.com/wiki/Etika?oldid=631804"
Community content is available under CC-BY-SA unless otherwise noted.