Evan (born: December 1, 2005 (2005-12-01) [age 14]), better known online as EvanTubeHD, is an American YouTube channel comprised of his sister, Jillian, his father, Jared, better known as "DaddyTube", and his mother, Karen, better known as "MommyTube". He showcases toys and gadgets on this channel, as well as doing challenges and science experiments. He also records gaming videos of Minecraft, Disney Infinity, Skylanders, Roblox, and other games with his dad on EvanTubeGaming.

EvanTubeHD is Evan's main channel, where he showcases toys from various franchises, most of which are Lego sets. He also does challenges with his sister, Jillian, plays family games with his family, and posts videos of his tours and skits.

EvanTubeGaming is his gaming channel run by Evan and his dad. Games usually found on the channel include Skylanders, Disney Infinity, Fortnite and different let's plays such as Minecraft and various Nintendo games. He also does unboxings for Lootcrate and 1UP.

JillianTubeHD is the sister of Evan known as Jillian. She make videos on toys (mostly for girls), DIYs, challenges, and other various activities. Her mom occasionally appears in videos as well. Her pet dog, Chloe, also appears on the channel.

DTSings is channel where his dad, known as DaddyTubeHD, uploads videos of his stage shows in which he performs and sings song covers from Disney and others. Sometimes, Evan, Jillian, and his wife, known as MommyTubeHD, also sing covers on the channel. 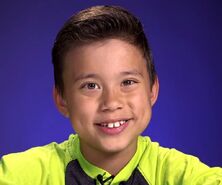 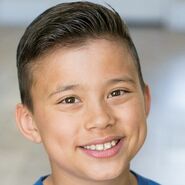 Add a photo to this gallery
Retrieved from "https://youtube.fandom.com/wiki/EvanTubeHD?oldid=888465"
Community content is available under CC-BY-SA unless otherwise noted.