Finn is known for making Minecraft videos on various different servers (Mostly Skyblock, Prison Servers and Hypixel), and for being in videos with Skeppy, which are usually challenge videos of some sort.

The most viewed video on his channel is called "I Became an E-Girl in Minecraft... (bad idea)". It is a stream highlights video of him dressed as a "Christmas e-girl" while playing Minecraft, then walking to his local McDonalds and going inside. It has over 1.4 million views.

He is also widely known for his second channel, where he trolls people on the internet while dressed up as an e-girl, and his third channel, which is a highlights channel of his Twitch streams where he also mainly dresses as an e-girl.

Finn's first known appearance online was before his main channel existed. He contributed to another channel called, MilescGaming.

On June 1, 2015, the F1NN5TER channel was created. Finn started uploading Minecraft related videos on June 3, 2015, just 2 days after the channel was created. His first video, called "What F1NN Can Do | WFCD Ep. 1", is a 2 minute and 41-second video introducing a series that he was making, that included him testing out different types of cannons that he would be making and showcasing.

For the next 1.5 years after his goal was reached, his channel continued to grow in subscribers.

In July 2018, he was at around 40,000 subscribers. It was around this time when a women's clothing brand who hadn't seen his channel wanted to sponsor him, so they sent him a bunch of women's clothing. Later, in January 2019, Finn lost a bet with one of his friends and his punishment was that one of his friends could do his make-up. His friend was convinced Finn looked like an actual girl with make-up and women's clothes on. So Finn made the video, "So I Pretended To Be A GIRL on OMEGLE!", in a failed attempt to prove to his friend that he didn't actually look like a girl. He uploaded this video to his second channel, Finn, in February.

For the next 10 months, Finn's main channel continued to grow. The video on the second channel received very little attention during this time, as Finn never advertised it on his main channel.

In December 2019, Finn's main channel was at around 130,000 subscribers. Around Christmas, Finn decided to do a Christmas e-girl livestream on YouTube. This livestream became very popular. It started to give Finn more subscribers on his main channel than normal as more people discovered him as an e-girl. Later, Finn made a highlights video of it, which is now his most viewed video, with it currently having 1.4 million views on YouTube.

For the next 3 months, Finn's channels still continued to grow.

In May 2020, the F1NN5TER channel had around 200,000 Subscribers, and the Finn Channel had around 100,000 subscribers. Around this time, Finn started streaming as an e-girl on Twitch every day in May due to losing another bet to one of his friends. These streams started becoming very popular over the summer, attracting more viewers every stream. Due to the popularity of the streams Finn decided to continue doing them even after the bet was over.

1 month after Finn started streaming, in June 2020, one of his fans decided to make a highlights channel, F1nn5terLIVE. This channel became very popular very quickly. It was growing faster than any of Finn's channels. After noticing the popularity of this channel, Finn decided to start paying the editor for their work, thus making the channel his official highlights channel.

His other channels primarily feature his e-girl persona, Rose, on their videos. In fact, a good portion of his fanbase comes from his e-girl content.

On this channel, he primarily uploads him trolling on Omegle and Discord while dressed as "Rose".

He has only uploaded 4 videos on this channel which combined have grossed over 18 million views and given the channels over 380,000 subscribers.

The most viewed video on the channel is called, "So I Pretended To Be A GIRL On OMEGLE! #2". It is a video of him dressed as "Rose" while trolling people on Omegle. It has over 8 million views.

A good number of fans currently considered this channel to be his most successful channel because of its fast growth and all the videos having over 2 million views versus his main channel's most viewed video that doesn't include e-girl content having about 1 million views.

This channel uploads highlights of his Twitch livestreams. On most of the livestreams he is dressed as "Rose".

The channel has uploaded 85+ videos which combined have grossed over 41 million views and given the channel over 400,000 subscribers.

The most viewed video on the channel is called "FINN WENT OUT IN PUBLIC DRESSED AS A GIRL | Stream Highlights #6". It is a highlights video of part of his stream from May 15, 2020, where he went on a walk dressed as a girl. It has over 2.2 million views.

This channel is the fastest growing of the three, fairly consistently gaining more views per day than the other two channels, and typically having the highest increase in subscribers per day too.

iDots is an American-English gaming group with 4 members. They all have gaming channels of their own that mainly focus on Minecraft content. They also have a private Minecraft SMP server that they all periodically stream and record on. There used to be a fifth member, Spifey, who left due to personal reasons.

Finn once said in a stream that the group doesn't do much together any more relating to the iDots. He also said it’s been a while since the server was played on. The group still remains together though.

These are the events F1NN5TER has been in.

MC Ultimate is a Minecraft Hunger Games event for 250+ streamers. Organized by Pikaclicks, or Noah, it is known as the largest hunger games event held in the MC Community.

MC Championship is a Minecraft Tournament for YouTubers and Streamers run by the Noxcrew, in which 10 teams of four compete in a series of 8 minigames decided by the participants. In the end, the two teams with the most points face off in a round of ‘Dodgebolt’ to decide the winner of the tournament.

These are the subscriber and views milestones he has hit. 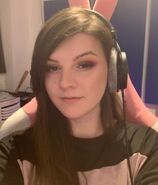 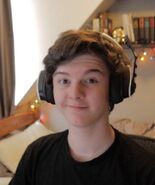 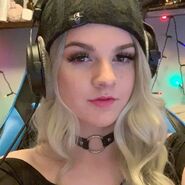 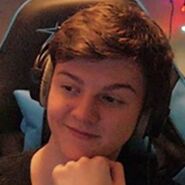 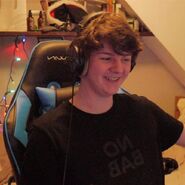