On July 27, 2014, The Fine Bros released a third channel called REACT, which houses new diverse shows for the stars of the React videos (Kids, Teens, Adults and Elders) and FBE staff, including gaming, food, music, and game shows.

In 2016, the Fine Brothers have been criticized ever since they trademarked/copyrighted the word "React", which means no other YouTuber can make reaction videos. In one week, their subscriber count reduced from 14M to 13.5M. They later apologized, but some of their new videos still have more dislikes than likes to this day, which will take some time to recover from the criticism.

In January 2014, The Fine Bros teamed up with Nick Cannon to come up with a tv series based on the Kids & Teens reacts (with the actors from the shows appearing in it) on Nickelodeon. They filmed a pilot episode and are waiting on Nickelodeon to decide if they want to make it into an actual show. It was later announced that the show was picked up for a season started on December 15, 2014 and ended on January 1, 2015. It was announced on Fine Time that the show would not be renewed for a second season.

On January 22, 2015, it was announced that The Fine Brothers would be teaming up with TruTV to produce Six Degrees of Everything. The show had Rafi and Benny hosting comedy segments to illustrate how anything in the world can be connected by six degrees. The show aired from August 18, 2015 to October 20, 2015. According to The Fine Brothers, the show wasn't picked up for a second season.

The two are often considered as pioneers or the "uncles", or "grandparents", of online video and YouTube.

Works of the Fine Brothers have been featured on the websites of The Wall Street Journal,[1] Time Magazine,[2] Variety,[3] and MSNBC.[4][5][6] 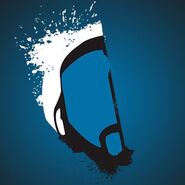 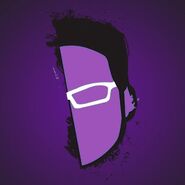 Benny's personal icon/logo.
Add a photo to this gallery

React Around The World

On January 26, 2016, the Fine Brothers announced that they would license and trademark their existing React series and let creators create their own react series.[7] In particular, the Fine Bros attempted to trademark the term "react", which is used in the title of numerous other YouTube videos unrelated to the Fine Brothers' YouTube channel.[8] The announcement was met with backlash from their viewers and fellow YouTube content creators, many of whom believed the Fine Brothers were attempting to prohibit the creation of reaction videos by people unaffiliated with their channel.[9][10][11] In response, the brothers promised that they will "not be trying to take revenue from other types of reaction videos, and will not be copyright-striking."[12][13] However, other YouTubers have reported multiple copyright related video takedowns. There have also been claims that another YouTube channel was producing Seniors React videos prior to the Fine Brothers Elders React series.[14] The backlash led to a dramatic drop in subscribers, with over 400,000 accounts unsubscribing from the channel in protest.[15][16][17]

On February 1, the Fine Brothers apologized and claimed to rescind all React trademarks and trademark applications, discontinued the React World program, and released all previous Content ID claims.[18][19] In addition, the Fine Brothers removed their original React World announcement video, as well as their update video which addressed initial backlash.[19] However, many other YouTubers reuploaded the 2 videos.

This is a list of awards, nominations, recognition and achievements received by the Fine Brothers during their career.

Retrieved from "https://youtube.fandom.com/wiki/FBE?oldid=826982"
Community content is available under CC-BY-SA unless otherwise noted.