Nordan Shat (born: May 29, 1996 (1996-05-29) [age 26]), better known online as FaZe Rain (formerly TrickShotting), is a Canadian YouTuber. Rain is mostly known for his vlogs, fan mail openings, and Call of Duty videos; as of late, he does not upload as much Call of Duty content as he previously used to.

Nordan Shat was born in Toronto, Ontario, Canada. He grew up in a happy family, consisting of his mother, father and sister. He states that he was rather overweight as a child, but ultimately lost the weight after around five years.

Growing up, Nordan was known as a class clown and enjoyed making his classmates laugh. As a result, he would often get in trouble with his teachers: his family would often receive phone calls home from his teachers and he was regularly sent to the principal's office. Throughout school, he was a grade-A student; however, his grades began dropping around the age of 7 when his parents began to argue, ultimately resulting in an unhappy home life which negatively impacted his schoolwork. Nordan and his sister would often side with their mother as they knew very little about their father. Despite his troublesome home life, Nordan found joy from playing on his PlayStation 2.

Nordan came home from school one day and his father was nowhere to be found. Even though he didn't know much about him or liked him, he felt very upset and alone. His mother and sister however moved on from their father being missing, whilst Nordan was still upset. Nordan's mother asked her boss (Nordan's future step-father) if he could take Nordan to KFC. This was the first time they've ever met. They both went and connected that day and Nordan thought he was a really nice guy. Nordan ended up taking in his mother's boss as his step-father and raised him and thoroughly enjoyed his life at this point.

After a while, Nordan's life flipped upside down. Everything had started going wrong for him. He started to feel depressed again and also got into a breakup with his girlfriend that he has been dating for 3 years, being his first ever heartbreak. He was completely upset with life, not just with his breakup and didn't know what to do with his life. He attempted to take his own life by overdosing on Advil, which didn't go well as he was in the hospital for a week.

Nordan started seeing a therapist for 3 to 4 years and said it was a great experience for him. Her name was Mary and he said she was one of the nicest people he's ever met and really helped him with his life. After therapy, Nordan found himself and became happy once again. Mary told him to focus on a hobby. Nordan was into YouTube at the time, mainly trickshotting for Call of Duty, and was watching a lot of YouTube videos. It took him around 2 years of watching YouTube to actually start making his own YouTube videos. Since then, he had dedicated his career to make YouTube videos and has found a way to remain happy by doing what he loves. His aim on YouTube is to spread positive messages, make people happy and to show how much he loves his fans. 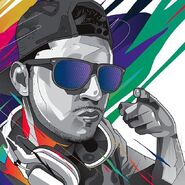 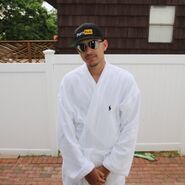