Gibi ASMR (born: ​December 19, 1994 (1994-12-19) [age 27]) is an American ASMR YouTuber and cosplayer. Before she started making her own ASMR videos, she had been a long time fan of ASMR videos in the past and claimed they helped her reoccurring sleep issues. Inspired by the community she watched so often, she decided to join in and make her own ASMR videos as well. She also makes cosplaying videos as well, some of them being ASMR cosplay.

She has a second channel named Gibi where she posts gaming videos, one most notably The Sims 4. She also posts vlogs of trips to different conventions, involving cosplay, and performing in skits on stage with other cosplayers. She is also an active Twitch streamer, live-streaming at least three times a week.

Gina was born on December 19, 1994 in upstate New York. She attended Northwestern University.[1] She now lives in the rural Midwest with her husband Ben, and also has an older brother.

She frequently fosters cats and dogs that can be seen during her live streams on Twitch. Every January, she hosts the Gibi Cup, an Overwatch Tournament that her viewers compete in for prizes. Gibi was the first ASMR creator to use the name trigger, a now-popular trigger among other creators that feature people's names being repeated for added effectiveness.

She claimed to have relied on ASMR videos to help with sleep and anxiety, hinting that she may have had insomnia and/or anxiety during her childhood. After years of listening to ASMR videos, she decided to start making some of her own ASMR videos in 2016.

She is allergic to sesame.

In November 2020, Gibi revealed her first name as Gina in a video titled "My Real Name".[2] Following this, she publicized the first two videos she uploaded on the channel where she introduced herself as Gina.

She revealed to her subscribers that in 2021, she was diagnosed with anxiety and ADHD. For her mental health, during January and February 2022, she only uploaded new videos once a week on Saturdays.

This being her main channel, she posts various ASMR videos such as ASMR roleplay, ASMR cosplay, Soft-spoken ASMR, whispering ASMR, and deep-ear attention ASMR. She was approached to cover Billie Eilish’s album When We All Fall Asleep, Where Do We Go? in ASMR. The most popular video on her channel, reaching 13 million views, is a tapping video, which is seen as very popular in the ASMR community.

Her most popular type of ASMR, she very frequently posts ASMR roleplay videos, such as nurse ASMR, flight attendant ASMR, and big sister reads you to sleep ASMR. She has also played as various other roleplay characters such as a librarian, a wine merchant, hotel receptionist, etc.

Very similar to her ASMR roleplay videos, she dresses up as various video game/anime/movie/TV show characters, for example Mikasa, from the popular anime Attack on Titan, Korra from the Legend of Korra and Raven from Teen Titans. As well as this, original characters have made recurring appearances on her channel:

Daisy is a recurring character on her channel. Daisy is a pale skinned, light blue-haired female with goth lipstick, wearing a floral suit jacket and a white undershirt. She speaks in a soft spoken high-pitched voice with a slight New Yorker accent. She is portrayed to work different jobs in each of her videos, so far she's been a Texas steakhouse waitress, hotel receptionist, cranial nerve examiner, barber, tattoo artist, and a Halloween Store owner. Daisy and the viewer recently went into witness protection, where Daisy changed her name to Princess and dyed her hair brown.

Lorelei Mermaid is another recurring character within her channel. Lorelei Mermaid appears to be a mermaid with pink and purple hair, deep ocean blue eyes, and half-pink half-red lips. She is most commonly seen running her Mermaid treasure shop, but has also been a makeup artist, and another video where she rescued the watcher after they supposedly tried to swim and ended up almost drowning. The video begins with Lorelei waking up the watcher after having been rescued by her and starts lecturing them, telling them that humans can't swim. The rest of the video is her going through the watcher's personal belongings, commenting on everything she finds.

Mistletoe is an elf who lives in the North Pole, but is not a Santa Elf. She, in fact, measures Elf Ears and sends people to get them surgically added. She dislikes the South Pole elves, claiming they don't perform Elf Ear Procedures correctly. She also gets offended that people think all elves work for Santa. She can be quite snappy and rude towards the viewer, especially in her first video where she says My name is Mistletoe.

My friends call me Missy. But you can call me Mistletoe. She eventually warms up to the viewer after a run-in with them at the Beach. At the Beach, she fixes the viewers ears after the Surgeon did not follow her instructions at all. At Christmas, Missy invites her new friend to Dinner, where she reveals that she and the viewer have been partnered up in this whole thing.

Missy is a very tidy elf with an immaculate cottage. She loves sweet foods. One food and drink she doesn't like is Hot Chocolate, as it's too bitter for her.

Gibi has also played numerous other characters, such as Hermione Granger from the Harry Potter series, Raven from Teen Titans, a survivor from The Last of Us, Daenerys from Game of Thrones, Amelia Brant from Interstellar, Queen Gorgo from 300, Chloe from Life is Strange, Nurse Joy from Pokemon, Mercy from Overwatch, Linda from Bob's Burgers, Zelda from The Legend of Zelda, Arwen from Lord of the Rings, Hinata from Naruto, Winry from Full Metal Alchemist, Pam from The Office, Jessie from Pokemon, among many, many more.

Sponsored by Blue Apron, Gibi has an ASMR series known as Cooking with Gibi where she cooks various recipes sent by Blue Apron, such as veggie chili and cavatelli pasta with kale.

She owns a gaming channel named Gibi where she posts let's plays of various games, such as The Sims 4, Fortnite, Overwatch, Life is Strange, Detroit Become Human, and numerous others. Usually, these videos are uploaded right after streaming them on Twitch, so those who don't watch or missed her live streams can view them afterwards. This is also where she posts any non ASMR content, such as vlogs from conventions. 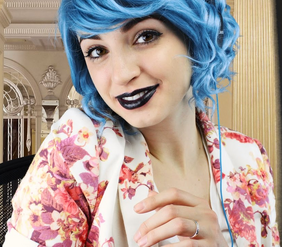 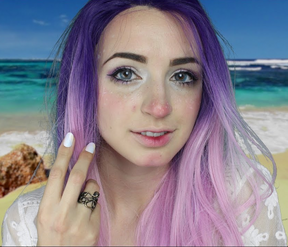 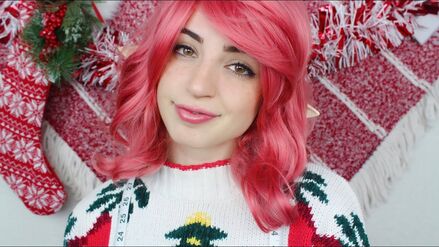 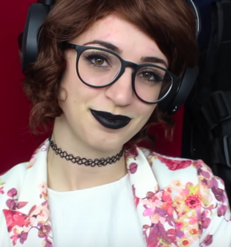 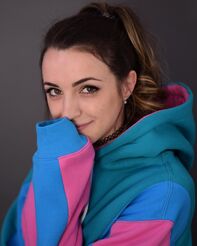 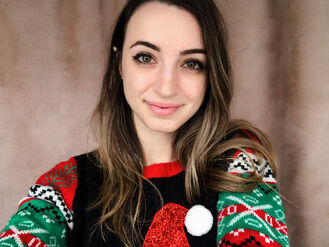