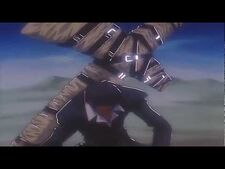 Garnt Maneetapho (born: May 31, 1990 (1990-05-31) [age 31]), better known online as Gigguk (formerly known as The Anime Zone) is an English anime YouTuber of Thai descent who is prominent for his abridged series and his "fast-paced satirical anime reviews".

Apart from said reviews, he also makes other videos related to anime, manga, and otaku culture in general. Since 2016, he has been making videos as a full-time job and opened up a Patreon campaign in order to make a living out of it. He is currently the most subscribed anime YouTuber.

Garnt was born in Brighton, England to Thai immigrants. He studied electrical and electronics engineering at the University of Bristol, and in 2014, started working at BBC as a technical project manager. This led to his 2-year hiatus on YouTube. He is also a former monk, according to his statements on the Trash Taste podcast.

In October of 2019, him and his current fiancée Sydney (known as Sydsnap on YouTube) moved to Tokyo, Japan together.

Garnt began his reviewing career in 2008 as a way to procrastinate from revising for math exams. It started with a review of Bleach under his Thai nickname, Gigguk. Since then, he has changed his style from leisurely enjoyment to more of a analytical and comedic approach. His final grade is based on a 0 to 10 rating system, designating each title with a single integer. He is open to reviewing any title from any genre, despite his aversion to high school and moe anime.

2012 marked the beginning of his tenure as a permanent panelist on the anime podcast PodTaku, until its folding on January 10th, 2016. He was joined by fellow reviewers Arkada, Holden, and Jeanne. He followed up its start two months later with the release of EvAbridged, a highly satirical parody of Rebuild of Evangelion, in which he voices the role of Fuyutsuki. On September 25, 2013, he and the rest of PodTaku launched J-Taku, a separate podcast of singular topics devoted to anime, which was developed with the help of several other reviewers.

On May 5, 2016, Gigguk announced his official return to YouTube after a series of consistent uploads, with his intent to substantially grow the channel by the end of the year. He reached over 500k subscribers that year in December and hit one million subscribers on December 30th in 2017.

After his comeback, he moved away from his previous reviewing format over time and eventually stopped using the name "The Anime Zone".

Gigguk has dabbled in making AMVs in the past. His most prominent AMV was an Evangelion, Rahxephon, and Paranoia Agent AMV called Reflections of Despair.

AZ Rants is a segment where he takes a less structured and humorous approach to look at any topic that crosses his mind regarding the subject of anime and manga. It contains his raw, biased opinions and is for the purpose of creating debates and/or discussions, so it shouldn't be taken too seriously.

EvAbridged is an abridged series for the anime series Neon Genesis Evangelion created by Gigguk and voiced by numerous people in the anime community such as DevilKickSanji2 and Sydsnap.

The most common and most popular show on his channel were his Anime Zone Reviews, in which he takes an anime series or movie and gives it a rather comedic review, while still providing the necessary information and critique to actually call it a review.

AZ Reactions to anime are done in two forms: either he'll take the first 1, 2, or 3 episodes of a series and give his first impressions, or he'll take a random episode of a series and explain his thoughts on it, always of series that are still ongoing.

Gigguk was one of the four creators of the now-defunct podcast PodTaku, along with Arkada from Glass Reflection, Jeanne from Anime Appraisal, and Holden from HoldenReviews.

J-Taku was a side podcast alongside PodTaku, where they could stay on topic and discuss more specific topics regarding anime and the anime industry. It ended not too long before PodTaku.

Anime no Yume has been claimed to be a successor of sorts to PodTaku, despite having been unofficially defunct only 2 episodes after its creation. Gigguk was a co-host of this podcast alongside Jeanne and its creator, Holden.

Along with fellow anime YouTubers CDawgVA and The Anime Man, they started a weekly podcast called Trash Taste where they discuss about anime, manga, and otaku culture. The first episode was released on June 6, 2020.

Over the years, Gigguk has received criticism from people in two particular areas. The first is that people have always called him, (and still kind of do to a certain extent), a Yahtzee ripoff, the game reviewer from the Escapist website; to refute this, Gigguk claims that he was at first, but he feels he's more honest nowadays since he hasn't actually watched any of Yahtzee's work in years. The second is that he does very little "reviewing" in his videos; the majority of his videos are comedic in nature, with a small bit of critique thrown in every so often.