David Spencer (born: January 29, 1992 (1992-01-29) [age 29]) better known online as iBallisticSquid, is an English YouTuber, gamer, and comedian from Yorkshire, England. One reason for his success was his collaborations with other YouTubers. For example, Stampy is sometimes seen in Spencer's videos. iBallisticSquid also joined L for Leeeeee x who helps out in his videos like Stampy. He is also part of a joint channel called the "MagicAnimalClub". He is well known for his funny humour and spirit throughout his videos, and is adored by many fans worldwide. He also plays with ashdubh his best friend. Squid is now slowing down on YouTube, as he now moving into the property business. He is one of the 32 YouTubers to be featured in Kris Madas' YouTuber Intro Challenge. He is also one of the YouTubers to have their intro in it.

David himself told everyone on his 30,000 subscriber special that he was a very, grumpy teenager who didn't enjoy school. His friends nicknamed him "squidward" because of it. This was supposed to represent his behaviour being similar to Squidward in the iconic show "Spongebob Squarepants"

His friends told him about a new game called "Minecraft" Initially David didn't like it and thought it would be bad. However his friends harassed him enough to play it. David said that after playing the game for a few hours, he was completely hooked and could not stop playing it.

David eventually dropped out of college.

After dropping out, David sent a message to 5 other Xbox live users who played Minecraft. Only one user replied who's name was was Stampylonghead. Together they would eventually start making Minecraft videos on YouTube and would gain views and subscribers from it.

In March of 2013, Squid would create a new series on Minecraft on which he was on a sky island and stampy would give him challenges to complete. After the first few waves of episodes, Squid completed all 10 challenges and from there he would eventually make it into a series. His sky island challenge series episodes were his most popular videos at the time and was largely received well by fans. From episodes 40 - 50. Squid would attempt to make a storyline about it, where evil villagers would kidnap his Aunty Squid and he would try to save her, from the mind controlled villagers whom have been brainwashed by the evil witch.

In episode 100, Squid would take a break from his sky island challenge and create a new side series called "Sky Grid" the reason for this was again, an attempted storyline. This time the dragon egg (which was captured in episode 75) hatches and flings squid away from his sky island eventually creating a new world. On episode 21 of sky grid, Squid would kill the ender dragon and take back his island, however his island was no more and his island was on the ground. This prompted squid to call it "Slippery Survival" In episode 105, Squid would create a portal to another dimension which made this video one of his most popular videos. However, the series was ended in episode 114 due to Squid's Xbox account being hacked and losing all of his worlds, including his slipper survival.

In August of 2015, Squid's former main helper in his sky island/slippery survival was accused of doing very bad acts towards women. Although Lee later told the truth about the situation, he did not commit those acts and was accused by his "toxic" girlfriend.

However, the damage was done and this left a bad taste in the mouths of Squid and Stampy resulting in a slight decrease in views and subscribers.

In the present, Squid isn't gaining nearly as much views as he use to in 2013 - 2016. This is because of the slow decline in Minecraft before 2019. This caused Squid's channel to have a slight dwindle in views. He still uploads content today, but is slowing down on YouTube to pursue property business.

Squid is dating fellow YouTuber "Sketchasaurus" whose real name is Nicole. David proposed to her in May of 2019. Squid currently has 2 pet cats and 3 pet dogs as well as a pet snake. His son, Finnley, was born September 7th 2021. Squid also has an interest in cars and owns 4 cars.  David was born in Halifax England on January 29th 1992 and now resides in Huddersfield which is in Yorkshire. He is currently 29 years old. 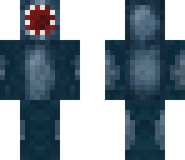 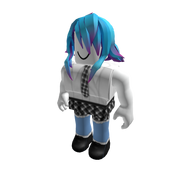