Jack used to live in Mansfield, England[1] with his parents and his brother Josh (born: March 26, 2005 (2005-03-26) [age 17]).[2] Jack has two very close real life friends, Sarge and Widge (not IDKaNAME). He previously had a video on his YouTube channel of him playing GTA with these two friends but he has removed it for unspecified reasons. Jack went on a hiatus and returned November 8, 2020. He cited school and work as reasons for being so inactive and promised to stream more often. He is living with Dangthatsalongname (Scott Smajor) in Brighton, UK.

On December 11, 2020, Jack rebranded all of his social platforms from Thunder1408 to JackManifoldTV.

Jack had mentioned many times on Twitter that he is 5'9" due to many YouTubers such as Technoblade and Antfrost making fun of Jack's height.

Jack Manifold was apart of SMPEarth, being a member of the country of Bosnia. He is TommyInnit's friend and is seen in his early videos. He joined the Dream SMP after Tommy and Tubbo got #ThunderforServer trending on Twitter to try get GeorgeNotFound to add him, though he didn't have the power. Later, Dream said that he would add him after the L'Manberg war of independence. When he joined, he sided with L'Manburg. 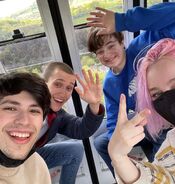 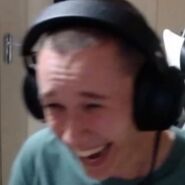 Jack Manifold goes to the Shop

I met TommyInnit in real life...

Never take Tommy to a Lake...