Jack Massey Welsh (born: June 24, 1996 (1996-06-24) [age 24]), better known online as JackSucksAtLife (formerly JackSucksAtMinecraft), is an English YouTuber best known for his variety of content. He was born in Bishop Auckland, England, and previously lived in North Yorkshire, but is currently living in Nottinghamshire.[2]

He has a second channel named JackSucksAtStuff on which he posts Minecraft content similar to his original channel and recently, Reddit reaction videos. In his first Reddit video on JackSucksAtStuff, he said he is interested in "posting more random, non-Minecraft videos on this channel". Looking into the comments of that video shows that there is some backlash to this change in content and some people believe JackSucksAtStuff should only be for Minecraft Videos.

He created another channel named Jack Massey Welsh which he posts "videos about my Tesla Model 3, Tesla's in general & maybe some vlogging stuff", as stated in the about section of the channel. Jack's Tesla Model 3, which was announced he bought on September 10, 2019, was painted midnight metallic, had 18-inch aero wheels, autopilot, and full self-driving capability. He is looking to name his Tesla, he pinned this in the comments of "My Girlfriend drives my Tesla Model 3 for the first time,". The Jack Massey Welsh channel has been active for about 4 months.

Jack had another channel called ejsafc which has been abandoned. He talked about this channel in a video that it was his friend Elley's channel. The most popular video on that channel is titled Banana Warfare which Jack regularly references. The ejsafc channel has been inactive for over 8 years. Jack was the primary editor for this channel, even though it was owned by Elley.

He has recently created a new YouTube channel called JackSucksAtGeography in which he does Geoguessr videos and more.

On March 27, Jack tweeted that his most recent Reddit video had got to 20K likes and that he had made the channel 'JackSucksAtGeography'. He will be posting weekly Geoguessr content there, which his fans keep forcing him to do, but the view-count on the new channel was soon competing with the main channel.

This channel was only made so Jack could get another Silver Play Button. He made a video on his main channel to get turd boi420 more subscribers. As a direct result of a video uploaded on JackSucksAtStuff, turd boi420 was able to achieve 100,000 subscribers in less than a day. The turd boi420 channel has been active for about 1 month. Jack has been trying his best to upload videos every day to collect his well-deserved play button. When it arrived, he made a video where he showcased it, later to realize it was for his other channel, JackSucksAtGeography. He finally received his Silver Play Button on the 6th of May 2020. After getting the Silver Play Button he unlisted all of the videos on turd boi420.

He also promoted Larry in the video 'This is the new PewDiePie vs T-Series and got Larry past his second channel in total subscribers.[4] Jack is also known for playing the kazoo and having drama with The Original Ace, who claimed that Jack stole his sponsor, even though Jack clearly got sponsored by the Massdrop AKG M220 headphones before Ace. However, this was all fake for a video.[5]

He also had drama with Willz The King after Willz made three videos about Jack and made a diss track on him. Both diss tracks made a lot of drama in the YouTube community and after the war ended he became friends with Jack and married him in Minecraft. He has since lost his sponsorship with Massdrop and has changed the headphones he wears in his videos.

Jack used to make many videos about Minecraft on his main channel, featuring series such as his famous Hacker Catching Trolling videos, Harmony Hollow, and One Life. In the past, Jack's channel consisted of Minecraft videos, Q&A's, and SGe Survival Games Hunger Games videos. He now mainly does Minecraft on his second channel, and his main channel is for random non-gaming videos, more akin to WillNE. Jack may occasionally record with others. Jack hit 1 million subscribers on October 23, 2019.

Jack owns a Minecraft network that consists of game modes such as SMP, Factions, KitPvP, Cannoning (Replacing SkyGrid), SkyBlock, and Prisons. For a short time, it was a Prison server. Recently, they have re-added Prisons to Sky Cade. SkyCade is where Jack records most of his content, although he may sometimes record on other servers such as Hypixel, Skittle MC, and his friend's servers. He used to record on Mineplex or other servers, record mod showcases and survival games videos, and more years ago. Unlike many other servers, SkyCade is not pay2win, which Jack is very proud of. There are commands you can get from the ranks. For example, special commands are included in the ranks Iron, Gold, Diamond, and Emerald. Sometimes, the server will host a Purge right before Factions and OP Factions resets. Hacking is allowed in this event until the reset. Jack finds and trolls hackers on his server. This is his main server for making videos on his channel.

EvoPvp was a server where Jack made his first Minecraft faction videos. He was also one of the 3 owners for a long time. It contains many of the same game modes as Skycade: OP factions, KitPvP, Prison, Creative, and Skyblock. However, unlike SkyCade, EvoPvP is pay2win, which is one of the reasons Jack is no longer an owner. He left the server for a number of reasons, some of the reasons include disagreements with the other owners and the highly toxic community. The server is currently shut down and likely will continue to be in the future.

Jack has once said his inspiration for becoming an owner on EvoPvP was down to one of his favorite YouTuber's Mr_eVo.

SaicoSky is a Skyblock server and is made by the same people behind SaicoPvP, a PVP server. Jack and Doni's big Minecraft adventure, played on this server, was a series where half the episodes were uploaded on Jack's main channel, JackSucksAtLife, but then switched on his side channel, JackSucksAtStuff, and the other half was uploaded on Doni's channel.

Jack uploads a few times a week. he tries to keep updated with his 2 dogs (Flossy and Kong) and Becky.

Jack has a series where the long term plan is to get as many play buttons as he possibly can. He currently has 9 Real Play Buttons,4 Fake Play Buttons,2 Awards, and 1 Play Button yet to arrive in his possession:

He is on an ongoing quest to get as "many play buttons as possible" and is close to the following:

JackSucksAtLife was featured in a DramaAlert for his discovery of buying YouTube Creator Awards[13] In Early November 2019, Jack bought 4 fake play buttons from eBay/Etsy, with money from sponsorship from Honey. The "play buttons" he bought was: A replica of PewDiePie's 50 Million Bro Fist award, a small replica of YouTube's old design - for "turdboi420" for passing 1 subscriber, a red Play Button for his old channel "JackMasseyWelsh" for 2,760 subscribers & a replica of another YouTube Play Button design - one Jack doesn't have (2015) - for his channel "JackSucksAtLife" for hitting 100,000 Subscribers.[14] what you can see above in the Play Buttons/Awards list

Minecraft Monday was an event ran by KEEMSTAR every Monday at 4 pm EST/9 pm BST. It lets a lot of YouTuber's/Streamers compete in a series of Minigames/Hunger Games.

Ironically, Week 1 was Jack's best overall result of any Minecraft Monday. Finishing 4th with his teammate DangThatsALongName. It was also his birthday.[15] He got 11th individually and hit 800,000 subscribers.

In Week 2, Jack was teamed with fellow YouTuber Skeppy. They finished 5th as a team (collectively 500 points) in what was the final all Hunger Games Minecraft Monday.[16] However, Jack only got 92/500 points and was arguably "carried".

Week 3 was the beginning of the team with Doni Bobes. Week 3 of Minecraft Monday was more mini-game focused with less PvP, so Jack thought he would have a better chance. They got 9th as a team with 889 points and Jack earning 372 of those respectfully.[17]

In Week 4, Jack teamed once again with Doni Bobes. They once again finished 9th, with 578 points. Sadly the full stream is no longer public on Jack's channel however highlight videos of this week are up on Jack's second channel, noticeably fellow participant HeyImBee friend-zoning Doni.[18] It sits on over 500,000 views.

Week 5 was once again Jack partnering up with Doni Bobes. This week they finished 7th, with 730 points and Jack getting 340.[19]

Week 6 saw the return of Week 1 teammate DangThatsALongName. They finished 10th. Jack collected 483 of 887 points. Jack also won the second of the 3 Spleef rounds and was arguably his best performance yet.[20]

In Week 7, Jack once again teamed up with Week 1/6 teammate DangThatsALongName. They finished 12th. Jack and Scott actually won the controversial Build Battle round. Jack earned 452 of their 963 points.[21]

In Week 8, Jack teamed up with Wilbur Soot, they finished 11th with 500 points and Jack earning 265 of them. Jack has removed his full stream from his channel but you can view highlights from Wilbur on his channel.[22]

In Jack's final week of Minecraft Monday, Jack teamed with 3-time champion Technoblade. Techno and Jack placed 5th with 1,327 points, Jack getting 417 of those.

Jack left Minecraft Monday due to several known reasons. Jack decided not to participate in Minecraft Monday for the first time for Week 10, ending his 9 Week streak.[23] Jack had said on Twitter he felt the event was getting a bit repetitive and wanted a break. Interestingly, he withdrew that statement and simply said "forever", this is after drama between KEEMSTAR the organizer and one of the participants a6d. To put it simply, Keem kicked out a6d for not having enough viewers just 2 hours before the event. After week 10, several YouTubers (and Jack's friends) said they will not rejoin Minecraft Monday and Jack joined them. It's unsure whether the drama itself or his friends leaving was the cause.

Jack's computer is custom-built. Jack built it in a video.[24]

He currently has two monitors, one being his original one from a while back. The microphone he uses is an Audio Technica AT2020, along with the Massdrop AKG M220 gaming headset. Jack uses Fraps, although in newer videos, Jack is shown to also use OBS to capture his gameplay. He would then edit his videos using Sony Vegas however it is now made clear that his editor Kai Ross-Best edits a large portion of the videos he puts on his channel. Jack creates all of his own thumbnails. 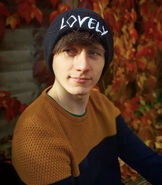 Jack with his "LOVELY" beanie 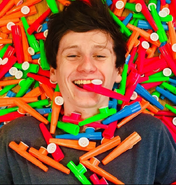 Jack in a huge pile of kazoos

Jack holding the Wikitubia plaque in one of his YouTube Videos 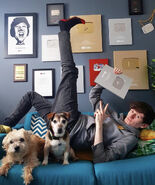 Jack with his play buttons and dogs 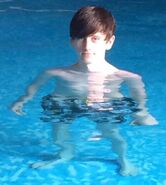 Jack in the pool.

Young Jack
Add a photo to this gallery

Retrieved from "https://youtube.fandom.com/wiki/JackSucksAtLife?oldid=855751"
Community content is available under CC-BY-SA unless otherwise noted.