Jelle van Vucht (born: October 14, 1996 (1996-10-14) [age 25]), better known online as Jelly, is a Dutch YouTuber known for his gaming videos and vlogs. Jelly was a member of the group Robust (Slogo, Jelly, Kwebblekop), but now he plays with Crainer and Slogo instead of Kwebbelkop.

Jelle was born in Roermond in the province of Limburg. He also has a brother named Koen van Vucht. Jelle followed an audio-visual course in Eindhoven but quit to focus on his own businesses. He is currently dating fellow YouTuber, iamSanna.

In February 2014, Jelly collabed with Aquib and Kwebbelkop. The trio founded the gaming group Robust. They used to upload funny gaming videos. After that, Aquib left and British YouTuber Slogo joined.

In 2014, Jelle started his YouTube channel "Jelly". He used to upload funny gaming videos with Kwebbelkop and Slogoman.

In late 2019, Jelly started making videos with Crainer. In December 2019, Jelly announced that Kwebbelkop was replaced by Crainer in Robust. Crainer became the newest member of Robust. When Crainer joined the group, the trio rose up in subscribers. Also, Jelly met Crainer in January 2020. In May 2022, He and Slogo removed Crainer from the description of his videos, implying that Crainer stopped recording with the group.

In March 2020, Dino commented in a Jelly video and then Jelly hearted the comment and contacted Dino. In May 2020, the both started to record gaming videos and then became great friends. They don't upload together with each other as frequently as with Slogo and Crainer, but do upload great videos when they collab. 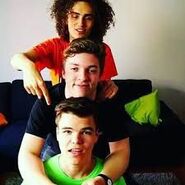 Jelly with Kwebbelkop and Slogo. 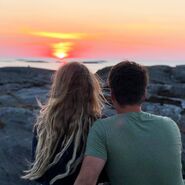