Jesse & Mike Garfield are YouTube sketch comedians. They have been active on YouTube ever through 2007 to 2020 and continue to upload skits. They are best known for their snake, spider, and insect skits, where a plastic snake, spider, or insects will walk around as if it were real and do crazy things.

One day in 2007, Jesse and Mike were taking a walk outside when the walk sparked an idea between the two. An idea that put forth the decision to put pen to paper. The reslt, a script for a short film that they would film and star in. After having their film featured in a film festival, Jesse and Mike wanted to continue making comedy, so they began making their comedy skits where they are placed in the most ridiculous situations that two brothers could ever find themselves in. 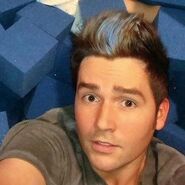 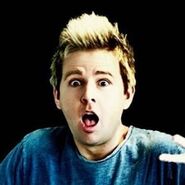 Add a photo to this gallery
Retrieved from "https://youtube.fandom.com/wiki/JesseAndMike?oldid=844503"
Community content is available under CC-BY-SA unless otherwise noted.