Joseph Russitano, better known online as Joey Hollywood Films, is an American YouTube reviewer who mainly does movie and movie release reviews. He is a big fan of cinema and it is his dream to became a filmmaker. He has done a few film festivals and helped with the production of a PSA that was aired state-wide during Monday Night Football. 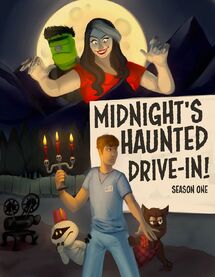 Thanks to backers on Kickstarter, he is currently working on a new web-series called Midnight's Haunted Drive-In! According to Joey’s website, the show will feature, “monster puppets, miniatures, public domain movies, and a rockin’ Ska soundtrack!” The show will star Joey himself as Joey the Nurse, Mary Owens as Lady Midnight, Chris Dell’Isola (Aficionados Chris) as Bud the Werewolf, and Will Ryan (DAGames) as Marv the Mummy. This show is a passion project for Joey, and pays homage to Mystery Science Theater 3000, Elvira, and The Ghost Busters from 1975.

How Joey Hollywood looks in his current videos 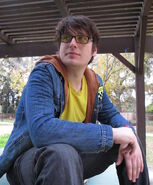 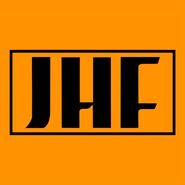 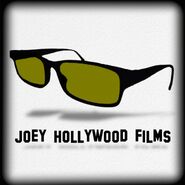 Joey's Current Cover Photo
Add a photo to this gallery
Retrieved from "https://youtube.fandom.com/wiki/Joey_Hollywood_Films?oldid=828278"
Community content is available under CC-BY-SA unless otherwise noted.