Joinen used to cover content related to popular trending YouTube subjects, such as videos by Dhar Mann, Troom Troom, My Story Animated and 5 minute crafts. Sometimes he played unusual and shocking games like the games from GirlsGoGames.com, and he also reacts to subreddits on Reddit. He has seen his YouTube channel grow to boast more than 320,000 subscribers. Some of his most popular videos have included "Girls Who 'Aren't Like Other Girls'" and "How YouTube Just EXPOSED Buzzfeed's Secret."

Since January of 2021, Joinen's content has switched for him to do things that he's interested in, such as playing games like "Raft" and "The Sims 4". Joinen has also started streaming mostly on Twitch, as well as his channel name changing to "Joinen Reacts", and making a new "Joinen" channel to be his main one.

He also focuses on Youtubers that plagiarize content from big name YouTubers such as Vid Chronicles and Share My Story, though this is usually out of morbid curiousity. 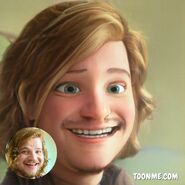