Julie of the Alt
(second channel)

Julie of the Sequel

She had previously referred to her videos as "several-hundred-pictures-edited-together-to-corresponding-audio-in-a-proceeding-fashion-videos" as she did not used to use animation software. However, she starting calling her videos "animated" upon switching to Adobe Animate CC in February 2020.

She started live streaming more to work towards monetization, and it couldn't have gone better for her. Not only were her streams frequent and long, but also entertaining enough to keep people there for hours, effectively raking in watch hours.

However in recent days she hasn't "felt like streaming".

Despite surpassing the watch time requirement for YouTube monetization, YouTube denied Julie's monetization because too much of her watch time came from streams. Because of this, Julie of the Arts is not monetized on YouTube.

Julie of the Arts attended VidCon 2019 and made a 30-minute video that raked in many watch hours and pushed her over the edge for being eligible for monetization. However, Julie of the Arts still hasn't heard back from YouTube. She initially planned on attending VidCon U.S. 2020, but due to its cancelation, she has no plans to return anytime in the future.

Alongside her animations, Julie of the Arts will occasionally make a time-lapse drawing video and/or speed art. She normally does this as a gift to a YouTuber such as Haminations, Infamous Swoosh, or BrodyAnimates on their birthday, but she has recently made a speed art video where she drew fans because she hadn't uploaded for quite a while. 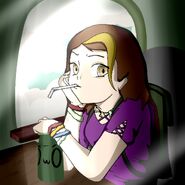 Julie as an anime girl, drawn by fellow YouTuber Jackaboi in November 2019. This image is commonly used by her as a profile picture. 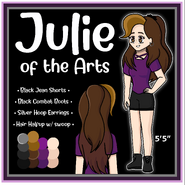 Julie's character design as of July 2020. This is her full reference sheet. 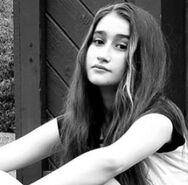 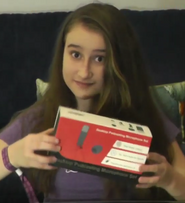 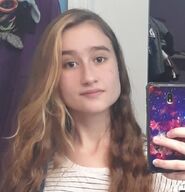 Julie with her iconic blonde streak. 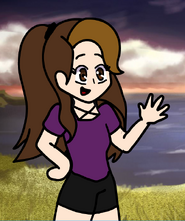 Julie's latest character design as of May 2020, used in her animations.