Karl Thomas Jacobs[1] (born: July 19, 1998 (1998-07-19) [age 23]), formerly known as GamerBoyKarl, is an American YouTuber and Twitch streamer known for participating in MrBeast's challenge videos. He is also a member of the Minecraft server Dream SMP.

Karl Jacobs was born on July 19, 1998. He grew up with a sister named Corry[2] and a brother named Sean, who is also known as 'Jimmy Jacobs'. In high school, Karl played tennis and soccer,[3] was the head of the debate team and started a gaming club. He has said he is on the asexual spectrum[4], and has ADD[5] and autism.[6] He has a cat named Grey. Karl had been attending college, and 5 weeks before he was to graduate he had been offered a job with MrBeast. This led to him dropping out of college and taking the opportunity.

Karl originally worked for MrBeast's older brother (known as MrBro), and was featured as a contestant in MrBro's "Last To Leave Halloween Candy Wins $10,000" video. He later appeared as a camera man in the background of some of MrBeast's videos. After Jake The Viking left the MrBeast crew in 2020, Karl became an on-screen member. Since then he has participated in many different challenges, often being mocked for his tendency to come in second place. Karl is still a part of MrBeast and has been featured in recent videos. He seems to be closest with Chris and Chandler, often being seen hugging the two and also kissing their cheeks on occasion.

Karl first joined the Dream SMP on August 26, 2020. The server helped him to increase his popularity and amass a large following, and he is very well liked among the fans.

During the Manburg v. Pogtopia war, Karl is seen switching sides often between Manberg and DreamSMP. After the war that blew up Manberg, Karl seems to join El Rapids (previously known as Mexican L'manberg) which was founded by Quackity, Sapnap (Co-founder), and GeorgeNotFound (member). He is also known to be friends with Nihachu on the server, and seemingly has a rivalry with Ranboo.

Karl's character has an interesting role in the lore. With his series Tales from the SMP, Karl is seen to be a time traveler trying to correct the past. There have been many different stories in this series showing different time periods, all contributing to the canon lore.

MC Championship is a Minecraft tournament for YouTubers and streamers run by the Noxcrew, in which ten teams of four compete in a series of eight minigames decided by the participants. A point multiplier makes each game worth more as each round passes, incentivizing teams to vote for games they might be bad at early on in the event. In the end, the two teams with the most points face off in a round of "Dodgebolt" to decide the winner of the tournament. This makes it possible for a team to win despite potentially having fewer points than the runner-up.

Karl joined on MCC11 and has participated in 3 MCCs. 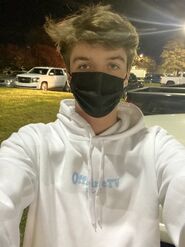 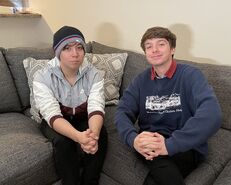 Karl and Quackity meet up 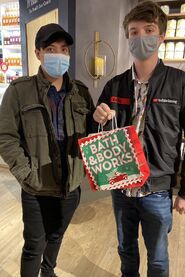 Karl and Quackity at the store 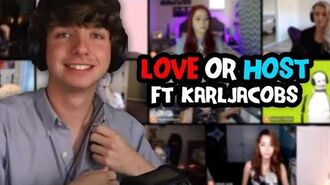 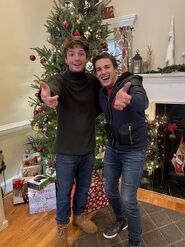 Karl with MatPat of The Game Theorists 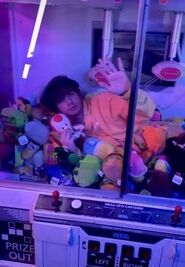 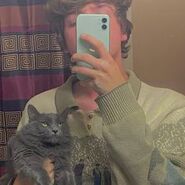 Karl taking a selfie with his cat Gray 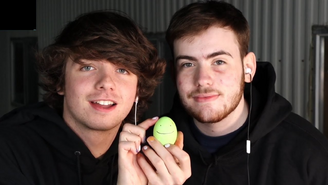 Karl and Sapnap dyeing eggs together 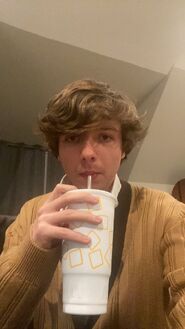