Kenny was born on March 20, 1997. He was born in London. He has a younger brother called Wisdom, who frequently appears in his videos. He now lives in a mansion with YouTubers named Niko Omilana, Chunkz, Aj Shabeel and Sharky.

'KingKennyTv' is Ojuederie's 'YouTube' channel, widely known for his comedic and quirky content, which has earned him a fanbase of millions. He also owns a second 'YouTube' channel, in collaboration with his brother, which focuses on 'Fortnite'-related content. His most frequent and favorite prank target is his younger brother. Initially, the two most-viewed videos on the channel were 'TEACHING A 8 YEAR OLD HOW TO DRIVE *ALMOST DIED* *POLICE CALLED*,' published in November 2016, and 'TEACHING A 8 YEAR OLD HOW TO DRIVE *SOMEONE DIES* #,' posted the following month, which earned five and three million views, respectively. Some of the other popular prank videos on the channel are 'Other pranks ANGRY BROTHER SMASHES I PHONE 7 (REVENGE PRANK),' 'MOVING TEDDY BEAR PRANK ON 8 YEAR OLD!!! *HE CRIES*,' 'i duct taped my brother to a chair PRANK! (LITTLE BROTHER CRIES) [PRANK WAR],' I found cigarettes in my 8 year old brother's school bag *PRANK*,' and 'I Mastered The Invisible Box Challenge.. **PRANK!** (Insane).', with over 10 million views.

He began his second YouTube channel on July 3, 2013. He had previously operated his own KenDaKid channel until it was shut down due to copyright infringement. He has gained popularity there for his frequent social media commentary and pranks. Kenny uploaded Kid Spends $1000 on brother's credit card to by fidget spinners **PRANK!** (BACKFIRES) it turned out to be the most viewed video on the channel with over 9 million views. Kenny started uploading gaming videos he is known for filming pranking videos with his brother Wisdom. He later joined the British youtube group Beta Squad in February, 2019.

On December 23, 2021, Kenny announced on Twitter that he will be making his boxing debut at ShowStar Boxing titled, US vs UK against FaZe Temperrr. King Kenny and FaZe Temperrr went all 5 rounds, with a close fight between the two. The fight as awarded to Kenny, which caused considerable backlash from the public with most of them saying FaZe Temperrr was robbed of his victory after working so hard. 5 days later a correction was made saying that the result was a Unanimous Decison Victory for FaZe Temperrr. 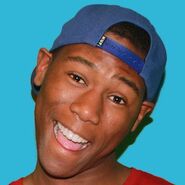 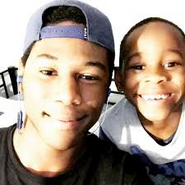 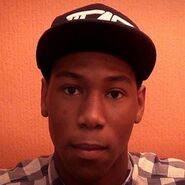 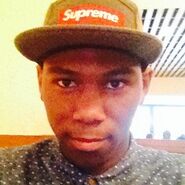