THIS CHANNEL IS DEAD GO SUB TO THE NEW ONE
(old channel, formerly known as "Koneko")

Brian was born of Mexican descent in the state of Virginia and grew up with a brother named Chase. As a child, he grew up playing Roblox, Minecraft, and Team Fortress 2. He and his brother accidentally discovered Roblox by mistyping "robots" in a search engine.

He dropped out of high school as a teenager, having gotten in trouble for truancy once.[3] He balanced a job at Subway with creating Roblox commentary and commentary videos before quitting to become a full-time YouTuber.

After gaining popularity among younger Roblox players, he switched his content to less inappropriate topics and more child-friendly language. However, he still discusses mature themes in a few of his videos including truancy, sexuality and homophobia, and legal issues pertaining to scamming, hacking, and copyright laws on Roblox and YouTube.

He currently lives with his cat Zoey in the state of Florida. He is an active investor and day trader.

On October 21, 2019, he came out as transgender through a Twitter post. On December 17, 2019, he retracted his statement.[4] He is pansexual and has suffered from depression as a result of gender dysphoria.

Before KonekoKitten gained a huge following, Brian primarily uploaded Minecraft content. During that time, his YouTube name was KittenPlaysMC. He also used to upload facecam commentary videos but decided that drama should not be the primary focus of his channel. The video that garnered traction for their YouTube channel was "Fortnite, but made by 12 year olds on Roblox", posted at the beginning of the Summer of 2018.[5] KonekoKitten once collaborated with a small, now inactive/gone, YouTuber named GigaJelly.

In the summer of 2019, Brian received an opportunity to join the official Roblox Video Stars Program after contacting Roblox about his channel. He was told that he fulfilled all criteria but was unable to officially be invited unless he removed all videos negatively portraying other players and Roblox YouTubers (drama-related videos), as it was against the Roblox Video Stars Program's interests (he had linked to some videos as an example). In order to reach a final decision, he created a video generally describing the situation, and asking his viewers if he should comply with the criteria to join or not join.[6] In a later video, Brian stated that he was able to communicate with the lead of the program, where he discussed the contract(s) and other confidential items concerning the program. Brian left with an agreement where Roblox would review the content of his videos, with Roblox reaching back to further discuss the program. However, instead of this occurring, three weeks of no communication with Roblox followed. During these three weeks, Brian decided to not join the program to prevent a "content lock" on his YouTube channel, not wanting a corporation to control what YouTube videos he uploaded.[7]

KonekoKitten also has a third channel called "Koneko". He claims that he will still upload on his channel, and upload other games other than just Roblox content, in a similar way to how he does it on his Roblox channel. Recently, Brian has been uploading a lot of Minecraft (specifically Hypixel Skyblock) on this channel.

Shortly after uploading his first video, Koneko was no longer monetized, meaning he could not receive ad revenue. On his main channel, Brian posted a video on how and why, which ended up being due to putting the wrong AdSense when making the channel. The channel was renamed "THIS CHANNEL IS DEAD GO SUB TO THE NEW ONE", and Brian made a new channel under the same name as before.

KonekoKitten in his one million subscriber video. 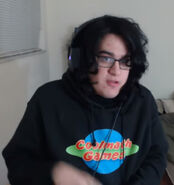 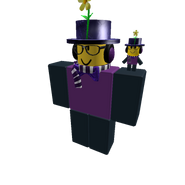 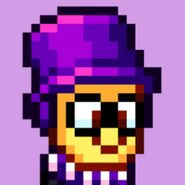 One of KonekoKitten's former profile pictures.

Konekokittens hat on Roblox
Add a photo to this gallery

Retrieved from "https://youtube.fandom.com/wiki/KonekoKitten?oldid=911579"
Community content is available under CC-BY-SA unless otherwise noted.