Robert Jay Perez (born: ​April 28, 1990 (1990-04-28) [age 32]), better known online as Kubz Scouts (or Jay from the Kubz Scouts), is a American[1] YouTuber known for his series Yandere Simulator Myths. He is also a Let's Player and a comedian who makes challenge videos of the games he plays that his viewers send to him.

Jay is of Filipino descent.[2] He has been to the Philippines about three or four times. He was born in Virginia, United States, but he lived in Japan for over 10 years[3] because his parents were in the military during that time. As of today, he lives in San Diego, California. He co-parents his son, Mason, with his ex-girlfriend Nini Hebron.

The name Kubz Scouts was the idea of Nini, the co-founder of the channel. Jay once said that he's part of the Kubz Scouts community and he's not the Kubz Scouts; he doesn't want people to call him by that name.

The current channel also had a backup account called BACKUPZ ACCOUNT . Originally, it was Jay's first channel, before he got community strikes for the content in one of his videos. Another strike would've forced him to stop using his account because of a game called 'Date Ariane', which as well brought about the channel's popularity. Jay had to avoid playing this game due to the threat to his channel and he also lost a lot of subscribers. He had considered shutting down his channel because of the strikes that put a limit on how long his videos would be. As of today, it is the official YouTube channel of Nini under the name "bOoiTzNini".

Jay created the channel 'Kubz Scouts' in June 2014, although he only started uploading videos in December. His channel grew through different games, like Grand Theft Auto V, Misao, The Room, and The Witch's House.

On May 2, 2015, Jay started playing the game Yandere Simulator, which quickly became the most popular series on his channel. In July 2015, he started uploading videos on the game called 60 Seconds!, which is the second most popular series on his channel. In August, Jay began to play Catherine although it wasn't as popular as the other series he uploaded at the time. However, this game introduced him to other games developed by Atlus such as the Persona franchise.

Since the growth of his channel, Jay has focused more on stealth, decision making, and horror games. He also has a series called Free Random Games , "a series where he finds some of the most random games out there on the Internet", along with the Scary Animation Reaction Series. 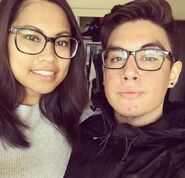 Nini, his ex-girlfriend and co-founder of Kubz Scouts 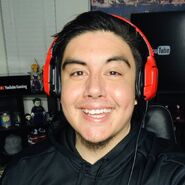 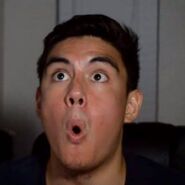