Wikitubia
Register
Don't have an account?
Sign In
Advertisement
in: YouTubers, Users who joined in 2010, Female YouTubers,
and 13 more

A Little Late With Lilly Singh

A Little Late With Lilly Singh

She has worked with many celebrities such as Dwayne "The Rock" Johnson, John Legend, Amber Rose, Madhuri Dixit, Jay Sean, Will Smith and Stephanie McMahon. She has also collaborated with YouTubers such as Markiplier, Shane Dawson, Colleen Ballinger, The Gabbie Show, Liza Koshy and Anthony Padilla.

Born in Scarborough, Canada to Indian parents named Malwinder Kaur and Sukhwinder Singh, but later moving to Toronto, Lilly lived with her parents until December 2015, when she moved to Los Angeles. She currently lives in a house by herself in the greater LA area. She uses the philosophy of her parents and her spirituality as her guiding force and her shield against the haters that sometimes show up after video posts. She started YouTube because she noticed how there weren't "people like her" on the Internet.

Lilly Singh calls herself Superwoman because she believes everyone can be their own superhero. She went through a stage of depression, but got herself back together, and decided to make other people happy.

She vlogs and makes comedy sketch videos about various topics, from shopping at the mall to superstitions to being single. Her work is influenced by her Indian heritage, which she takes great pride in. She has worked on different collaborations with other You Tubers such as Miranda Sings, Ryan Higa, and Hannah Hart. Even Madhuri Dixit and Karan Brar have been in her videos. She often features characters inspired by her Punjabi parents, such as her mother "Paramjeet", and "Manjeet", her strict, conservative father (all played by Lilly). She has a recurring series in which her "parents" react to popular videos, like Anaconda by Nicki Minaj or What Do You Mean by Justin Bieber.

Each month on the 14th, Lilly hosts a live show where different people all over the world ask her questions on Twitter with the hashtag #AskSuperwomanLive. She answers most of the questions and sometimes has guests such as Humble the Poet, Inkquisitive, and Hannah Hart.

In March 2017 Lilly released her debut book 'How To Be A Bawse'. It reached many non-fiction bestseller lists Including New York Times bestseller list, within a month of release. She shared her journey writing the book on her vlog channel after an announcement video in which she took on the role of a boxer that was going up against life in a boxing match.

Lilly has undergone two world tours. Starting with A Trip To Unicorn Island, a dance styled show themed around going on a trip. Lilly took the role of an air hostess and led a dance troupe throughout the show. The second was How To Be A Bawse, following her bestselling book, How To Be A Bawse. It taught the audience how to fulfill their potential based on ideas in her book. On February 25, 2019, Lilly came out as bisexual.[1]

Starting in 2013, Lilly and the channel ILove Makeup made a partnership, and with that, she started to act and present shows that are published on the channel. Usually, her content is published on Friday. Her first show was called "Giving Back Glam", in which Lilly was the host and she and the team were after women with moving stories, and other girls in general and helped them to feel beautiful.

Starting in late 2014, Lilly stars on the web series The Tube's Hautest. Here Lilly plays four different characters(The three contestants – Zee, Gianna and Angel -and herself as the host) competing in a Project Runway-type contest to see who's the greatest beauty blogger. The show is a sitcom designed to parody reality shows, making each character (even the judges) over the top.

After "The Tube's Hautest", which gave Lilly an important spot in the channel and was her big success, Lilly surprised her fans with a 3rd production, this time with an action touch: "Lana Steele: Makeup Spy". Instead of a reality show, the fans could watch a plot in which makeup was a regular character. Lana Steele (played by Lilly) is a spy who uses makeup to disguise herself as other people and infiltrate the enemy. The first season's plot was built around a "Doomsday Device" which could destroy the Earth, and it ran for 12 episodes.

For the first time in all of Lilly's content, ILM talked about a second season for "Lana Steele: Makeup Spy", but nothing is for certain.

In 2016 Lilly released a ten-minute audio-visual piece named 'Voices' in which she sang and rapped about the different voices in your head and how they oppose each other. There were five different sections; a confident one which bragged about her success, an insecure one speaking about how she feels lonely sometimes, a sexy one which spoke about how she wants a partner, a goofy one pointing out her flaws and how she loves them and a real one focusing on world issues and corruption.

Lilly announced her world tour " A Trip To Unicorn Island" at the 2015 YouTube FanFest in Mumbai, India in March 2015 to a live audience on stage. Tickets went on sale April 1 and her first few stops were all in India, where her family is from. Tickets are on sale on her tour website http://www.lillysinghtour.com. According to her vlogs, the name of the tour was inspired by what she refers to in her videos as a happy place, "Unicorn Island" as unicorns are also her "spirit animal" and describe her happiness. Unicorn Island was the place she realized she had to be after she overcame her depression.

A few shows before the tour ended, a teaser for a movie documentary was released. The movie was released on YouTube Red in the summer of 2016 and is called A Trip to Unicorn Island. It chronicles her 26-city tour and her journey to becoming a YouTube star and live entertainer.

In 2019, it was announced that Carson Daly's late-night show "Last Call" would be ending. On a March episode of The Tonight Show Starring Jimmy Fallon, Lilly would announce that she would be hosting her own Late Night talk show on NBC called "A Little Late with Lilly" taking over the "Last Call" time slot after "Late Night with Seth Myers". Some YouTubers such as LaurDIY appeared on it. 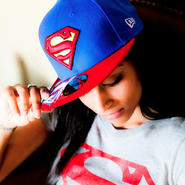 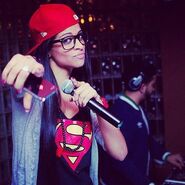 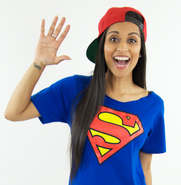 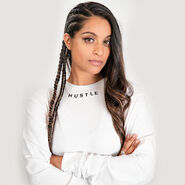 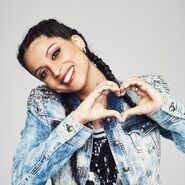 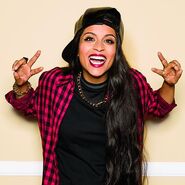 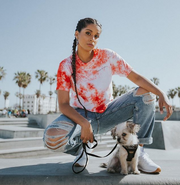