Zachary Spangler (born: March 12, 1995 (1995-03-12) [age 26]), better known online as LoverFella, is an American YouTuber and business owner. He is known for his Minecraft videos, which mostly are filmed on his server.

Zachary Spranglar was born in 1995 on March 12 at about 11:57 in Lanchester, Ohio.His first words were 'mimi', which is what he called his grandma. Three years later, in 1998, Zach got a brother named Issac Sprangler, Who is today known as Issacbc76 .Zach was upset about his brother, but then he had another brother two years later named Ben Sprangler, Who is known today as RainingSoap. The Sprangler family lived in a pretty small house in Ohio. In Elementary school, Zach would get free food every day, and he thought because he was so polite. However, when he reached middle school it suddenly stopped. He got free just because he was super poor and now he had to pay for his lunch. His father and mother both didn't make a lot of money. While in middle school, Zach's dad bought home a SEGA™ Dreamcast. He first thought it was his cousin's CD player, so he tried to break it. When in six grade, Zach started growing a mustache and needed to use a razor in sixth grade. Afterwards, he found a game called Runescapes and he loved it very much. He tapped on ads to get money so he could get the 0.10$ to afford a Runescape membership.He also used to play soccer, basketball and baseball. Zach and his Friend's would do LAN parties where they would just hang out and play video games. Zach graduated High school with decent grades so he decided to enroll for the Ohio State University, but he got denied, so he applied for UC and got in there.He wanted to become an environmental engineer. He then made a couple of friends at Cinncinati at a foam party. Zach started getting Fs on his papers and had a 2.1 GPA in engineering. His advisor told him to change majors, but he didn't yet change majors.A few weeks later, One of his former girlfriends broke up with him after seven years, then less than a month later he found out that his parents were getting divorced (his mother had an affair, and took off and left the family). After this Zach went into a severe depression. Over the next few weeks, he spent a large amount of time in hospitals, not because he was doing anything to himself, but because he was getting sick. He ended up spending time on operating tables for surgeries that would change his life. Zach got infected with a disease that he claims nobody could diagnose in his throat. The surgery that would cure his infection was one of the most painful surgeries in the world. 24 hours after the surgery Zach began bleeding to death and the only reason Zach did not die; was that his blood pressure was not high enough to pump the blood out of his body. Soon afterwards Zach gained 100k subscribers. Then after his life slowly got better his mom came back into his life only to sue him for $80k. During this time Zach had a girlfriend, the only issue was after he graduated from college she became diagnosed with cancer, and at 23yrs old Zach's girlfriend passed away from cancer. And one day in his elementary school he and his friend were making fun of someone who had a girlfriend. And while doing that they spontaneously both said two different words: Lover, and Fella.

Zach hated his job; every morning he would walk into his cubical and he would fill put excel worksheets and go home. He was not changing the world as he wanted to. And then after his YouTube channel grew on August 23rd, 2019 he quit his job to become a full-time YouTuber.

LoverFella's Minecraft server is one of the top rated Minecraft servers in the world. It features a fully functioning economy, survival, sky block, and creative game play. Events occur daily, and YouTubers are accessible to play with. 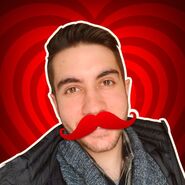 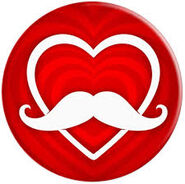 Retrieved from "https://youtube.fandom.com/wiki/LoverFella?oldid=1100255"
Community content is available under CC-BY-SA unless otherwise noted.