LtCobra is a teenager with a fair/pale complexion and dirty blonde hair. Since he has done his face reveal, he has been likened to fellow commentary YouTuber Pyrocynical. During videos where you can see him, he often moves around a lot when discussing his topic, and that has lead to some going as far as to say that he acts flamboyant. He has a distinct English accent, but is shown to do an acceptable American accent.

LtCobra's commentary style was similar to the majority of commentary content creators on the site. An average video used to be him giving his personal opinion on a subject or video over video game gameplay. This type of commentary is known as "gameplay commentary". On March 14, 2019, LtCobra shifted his style of video to commentary instead of reaction commentary, after repeated statements of his plans to change his style that were not followed through. The difference here is that commentary is giving thoughts and opinions on a topic rather than a specific video.

Worse Than We Thought

Worse Than We Thought was a short-lived series of videos where he would go over a YouTuber's content and explain why he doesn't like it or why it's not good.

Due to the Slazo drama and ImAllexx refusing to apologize for backstabbing his former friend, LtCobra and other YouTubers decided that it was time he should be "cancelled", or at least until he apologized.

On July 16, 2019, LtCobra created a Minecraft world named "bruh". He stated that if the video got two million likes, he would create a part two.

LtCobra uploaded a video named "The Dark Side of"justdestiny" to his YouTube channel in which he talked about the odd nature of justdestiny. He explained how he found it weird and even gross that justdestiny used pictures that showed kids acting in a somewhat sexual manner for his thumbnails. LtCobra also stated that having "She's only ___ years old!" in the thumbnail didn't help either. In response to this, justdestiny took down his video with a false copyright strike against Cobra. Other YouTubers in the commentating community were quick to call him out. One of the common criticisms given was that because justdestiny is a commentating channel, he should especially understand how fair use works. Another argument was that it was pathetic a 1 million subscriber channel was trying to tear down a 3,000 subscriber channel. After Cobra's video was released and later taken down, justdestiny had changed the suggestive thumbnails and even deleted some of his videos in which he made comments considered creepy. On justdestiny's Social Blade, a large number of views were lost. This served as proof that he was deleting his videos. justdestiny also blocked LtCobra on Twitter and blocked all of LtCobra's followers. He then privated his account.

Some YouTubers made videos defending LtCobra. On February 10, 2019, justdestiny created a video named "mob mentality", in which he claimed the "allegations" against him were false and that LtCobra was just doing it for attention.

It should be noted that LtCobra never directly called him a pedophile. justdestiny claimed that LtCobra harassed him on a livestream and showed a screenshot where Cobra said "hahaha lol unblock me you pussy and talk about it. The fact your blocking me for the meer 'lol' in your chat is a lil fishy mate. Anyway, enjoy the dollar kiddo." justdestiny said that everything happening was harassment aimed at him. In his response video, he said "I wanted to take down the video. I wanted the video gone, so I did just that."[1] He says that taking down the video wasn't the best response, but that he isn't perfect. In a Twitter post, justdestiny claimed that he copyright struck the video because he didn't want LtCobra's channel to be terminated by reporting Cobra for slander.

Around June 2019, a YouTuber named Kuso with 37,000 subscribers attempted to expose LtCobra for being "problematic" and "manipulative". He made two videos covering specific talking points. On July 7, 2019, LtCobra uploaded a response video, in which he debunked the first video Kuso made on him. One of the talking points Kuso made was that LtCobra slandered justdestiny during their drama. LtCobra responded to this by saying that while he was harsh to JD and insinuated he might've been a "nonce", he doesn't understand why Kuso decided to make this video four months after the drama. Kuso also portrayed LtCobra as a rapist sympathizer for his defense of Slazo, who had recently falsely been accused of sexual abuse on Tumblr. LtCobra defended himself and Slazo by saying facts are needed before the audience decides how to act. In part two of LtCobra's response, he debunked the claims that he was a doxxer and that any information on people he had revealed was all public.

On August 31, 2019, Jack uploaded a video named "This YouTuber LIED To You". 5 minutes and 35 seconds in, he started talking about several Twitter users (who happened to also be ImAllexx stans) who attempted to cancel him. They called him problamatic, annoying, and a few of them called him racist. Some said that LtCobra was a racist because he changed a Discord groupchat name to the N-Word, which he explained was not an act of hatred but a joke.

On Twitter, LtCobra posted a "le funny" (possibly a meme or funny video) and tagged a stan acco

unt who he thought would find it funny. The person replied and then LtCobra replied to them with a gif that said "DAMNNNN GURRRLLLLL". They responded by telling him they were nonbinary and he replied with a gif of binary code.

LtCobra then DMd them and asked them if they were actually nonbinary or if they were just joking. They say they're nonbinary and LtCobra apologizes for what he said. The issue was considered resolved until they decided to "out" Jack as a transphobe. Up until this point, Jack was fine with actually using nonbinary pronouns to refer to this twitter user, but after they did this, in the video, he refers to them as a "she". In the video, LtCobra brings up the response to the "victim's" tweet, saying that the majority of replies were people clowing on them. The drama was fairly short and had no negative impact on LtCobra, aside from people who already didn't like him getting likes on their tweets. 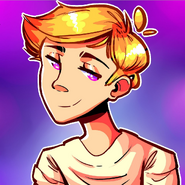