Five years ago, They got a Wii for Christmas. They obsessed over it. They played the two games they had with it (Wii Sports and Mario Kart Wii) all of the time. Since they enjoyed Nintendo games so much, they knew they had to get more. They especially enjoyed the Mario Series, so most of the games they got were from that franchise.

One time they when were visiting relatives, they got two Mario plushes, a Luigi plush, and a Yoshi plush. They are their first Mario plushes, and if they had never been given these, their channel probably would've never started. The next Christmas came along, and they got four more Mario Plushes: a different Mario, a different Luigi, a different Yoshi, and a Toad. Then, in February, they got Wario and Waluigi plushes. These two characters are now staples to the channel. They thought that playing with them was really fun. Soon, as their collection grew, they noticed that people on YouTube were making videos with these plushes. Finally, on July 31, 2011, their dad let them get their own YouTube account. They had made videos on their PC before, but never for YouTube. So they started off with nothing but Windows Movie Maker and a webcam, and soon followed the creation of their 2nd account, "marioluigiplushbros2". Then, for Christmas 2011, they got a Flip Ultra HD, and Power Director 9. Since the camera was wireless and the quality was much better, they had much more to work with. Plus, the editing software was much more advanced, so they could do much better effects.

In addition, on June 5, 2013, they got partnered with TGN. This was surprising for them, as they never expected to get as big as they did. Now, they hope to keep getting better and better as time goes by.

On Christmas 2013, they got a brand-new editing software called PowerDirector 12. Since it's less glitchy and slow than PowerDirector 9, it enables the Plush Bros. to upload more frequently. Plus, they upgraded from Windows XP to Windows 7, thus speeding up the editing process.

Marioluigiplushbros2 is their second account. They use it mainly for bloopers, gameplay, and a few series, such as "Wario Sings" and "Plush Bro Battles". It is not as popular as theur main channel, but some things just don't fit on MLPB. They don't upload as many videos to it either, but it still has some great videos.

On September 29, 2011, Marioluigiplushbros created a second YouTube channel. It was originally going to be called Wariowaluigiplushbros, but YouTube said that it was too long, so they had to call it Marioluigiplushbros2. Later, they're no longer using their second channel and creating a new episode of Wario Sings...

It consists of 3 staple members 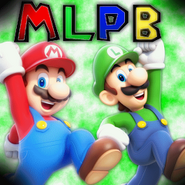 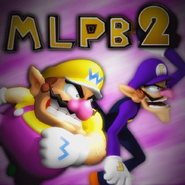 The old MLPB2 YouTube channel icon
Add a photo to this gallery
Retrieved from "https://youtube.fandom.com/wiki/Marioluigiplushbros?oldid=830067"
Community content is available under CC-BY-SA unless otherwise noted.