Marzia specialized in making videos on fashion, make-up, hair, DIY/How-to videos, cooking, and miscellaneous topics, such as Q&A's. Before deleting almost all of her videos, she had over 400 million views.

Her channel still has over 7 million subscibers, making it the most subscribed YouTube channel owned by an Italian native.

She is the co-founder of Tsuki Market (along with her husband, PewDiePie), and founder of Maì.

Born on October 21, 1992, in Arzignano, Province of Vicenza, in the Veneto region of Italy, Marzia now lives in Brighton with her husband Felix Kjellberg and their pet pugs Edgar and Maya, and pet hedgehog Dogy.

Marzia joined YouTube on January 16, 2012. She spoke English in her videos, even though her first language is Italian, to increase her target audience. She still incorporated her Italian culture into her content, creating a series teaching her subscribers how to speak some of the language.

Her YouTube journey ended on October 22, 2018. She uploaded a video titled 'Goodbye YouTube', reminiscing about her time on the platform and explaining why she was leaving it. She ended the video stating it was time for "something new in life".

Marzia previously also branched out from doing YouTube. She created a blog, Marzia's Life, in January 2016, which is not available anymore.

Maì is her most recent business venture, which she started in 2018. It consists of handmade products designed by Marzia, which are largely created by herself, her father and one of her cousins. These currently include clay pots, or the 'clay gang', fine jewellery, art prints and more.

Marzia has been together with Felix Kjellberg (PewDiePie) since August 2011. She was introduced (via the Internet) to Felix by her friend Daizo, who recommended his content. They started dating after talking online for some time, which was instigated by Marzia on Facebook, messaging Felix, saying she found his videos funny. She moved to Sweden in October of 2011 to live with him. They later moved to Italy, then to Brighton, UK. They are currently living there, owning two houses in and near the city.

They have featured many times in each other's videos over the years, mostly in vlogs, but they have played a lot of games together on camera as well.

After nearly 7 years of dating, on April 27, 2018, Felix proposed to Marzia while they were on vacation in Japan, to which she said yes, as they announced on his Twitter and her Instagram with the same photo.

Marzia has faced many challenges during this, as she's been criticised by people who think she is just with Felix for his money and people have cast her to the side just for being his fiancée. However, many admire the fact that PewDiePie and Marzia have been together for as long as they have.

On August 19, 2019, the 8 year anniversary of the day they first met, Marzia got married to Felix in a private ceremony in Kew Gardens, London, which she announced on Instagram the next day. 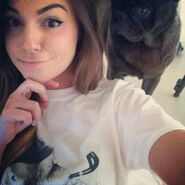 Marzia and her pug Edgar (December 2013) 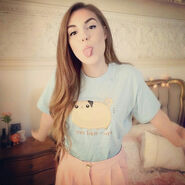 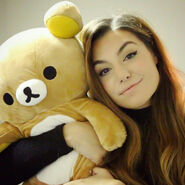 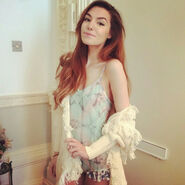 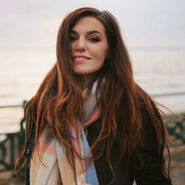 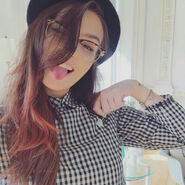 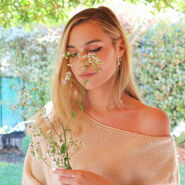 Marzia on a visit to her parents in Italy (October 2017) 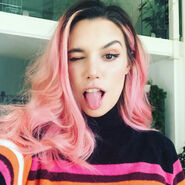 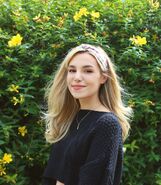 This page was created on October 7, 2012 by Applegirl.

Retrieved from "https://youtube.fandom.com/wiki/Marzia?oldid=694732"
Community content is available under CC-BY-SA unless otherwise noted.