Jason Probst (born: June 7, 1995 (1995-06-07) [age 27]), better known online as Fifty or TrueMU. He is known to be a hybrid visual/audio artist for participating in a wide range of industries. Mostly, he is popular for being a YouTuber. He originally played Minecraft on his channel 'Minecraft Universe' and it consisted of him and Branson; the latter's departure from the duo left Jason as the channel's sole representative. Jason was a member of a group known as Team Crafted. Many people think his last name is Parks but as he stated on Twitter and music videos, it was a hoax. He lives in California, but is originally from Grapevine, Texas, and attended Grapevine High School before graduating in 2013. Jason owns a white Aston Martin Rapide, a feat achievable due to his highly profitable YouTube channel.

He enjoys collaborating with a wide range of clients and has worked with brands such as Call of Duty, Razer, Gunner, Migos, Supreme Patty, Post Malone, YNW Melly, Waka Flocka, Keith Ape, DJ Whoo Kid, Dream No More Studios, and a number of global music clients, to name but a few.

Minecraft Universe, or TrueMU, often plays adventure or parkour maps with his friends SkyDoesMinecraft and Deadlox. He also used to do Minecraft mini-games with other members of Team Crafted. He also does mod showcases for what he finds interesting. Sadly, he has not recorded with Sky Or Deadlox in a long time, most likely because they use vulgar language in their videos. He also has a cat named Teddy and in his freetime hangs out with his friends or works on his new songs or Gaming channel, JasonVSGaming.

He has an Instagram account that many people are confused about named jasonprobst. People either don't believe it's him or thinks that a different account is his. This happens often for most YouTubers. It especially happened to BajanCanadian when he didn't have an Instagram.

He made a great team with Logdotzip, or Tyler Pappas and played Minecraft Maps like Diversity 1 and 2, Planetary Confinement and It's better together! In Logdotzip's video,[1] at 6:07 he makes it obvious that he misses TrueMU.

Recently, he did the background music/mixing for CavemanFilms' parody 'Flee For Your Life'. Two of his most common sayings are, "Hey guys, and welcome back to the minecraft universe!" And "Jeffery Noooooooooooo!"

Jason is also a musician known as Fifty (or Fiftyrock). His outro song, Eclipse, on Apr 18, 2013, placed #1 for nearly 2 weeks on Electronic on iTunes ahead of Skrillex and other known electronic artists. He was among the first YouTubers to bring music to his channel, and accomplish such feats.

Fifty shares his audio/visual works on his website which almost serves as a portfolio for any of his creations. ​He spends countless hours experimenting, learning, and expanding his artistic skill set to create styles that can be best described as a dark, yet elegant, romantic fusion.

Jason has an eye for intricate detail, as well as bold contrasting elements, and his work has been described as cinematic/hyper-realistic. Equipped with an overactive imagination, his sketchbook, and a perpetual artistic hunger, Fifty aims to be a distinct source of creativity.

After he quits YouTube, he started to make some 3D arts and sell to NFTs. Although he didn't get any money but still making it. 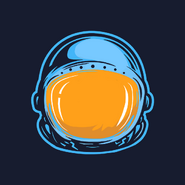