Two notable friends are Trey and CannedChicken. Trey is the admin of Geoff's Discord, as well as one of his video editors. He also appeared sitting next to Geoff in his Anime Expo 2018 Q&A.

CannedChicken is a frequent contributor to streams on the Mothers Basement channel, predominantly famous for one day donating over $300 to get Geoff to read Sword Art Online chapter 16.5.

What's in a Scene?

What's in a Scene? is a series where Mother's Basement analyzes specific scenes in an anime, what the meaning, possible symbolism and/or foreshadowing that might be in them, such as when he analyzed the park scene and the symbolism of the color red in ERASED. Another example is the video he did on how to read between the lines in Welcome to the N.H.K.

What's in a Fight?

What's in a Fight? is a series where Goeff analyzes great fights in anime.

What's in an OP? is a series where Mother's Basement analyzes the opening of an anime series and dissects whether it's good or not based on the possible symbolism and/or foreshadowing that it might or might not possess. He's said that the show was inspired by the older anime YouTuber, (who no longer makes videos), JesuOtaku, when she made her top 10 anime Openings list; even though he liked the video, he was disappointed that all she talked about was the music, because that's all she cared about, and not the visuals, and then realized that there really is no OP analysis in the form that he wanted to see.

What's in an ED? is similar to What's in an OP? except Goeff analyzes the Endings of anime rather than the Openings; he does this much less frequently, due to most endings having a lot less worth analyzing than most openings.

What's in an OVA?

What's in an OVA? is a rarely done version of his show where Geoff analyzes a short OVA anime series.

What's in a Game?

What's in a Game? also known as What's in a Level? is a series where Mother's Basement analyzes a particular level in a specific video game, such as the revolutionary tutorials in Hitman.

What's in a Trailer?

What's in a Trailer? is a series where Goeff analyzes trailers of games and anime.

One of the more recent series on Goeff's channel, Adapt or Die is a series where he takes an anime adaptation and compares it to it's original source material, and analyizes weather it "adapted" it properly, or if it "died.' Keep in mind, an adaptation doesn't necessarily mean that it's adapted perfectly, but also that changes are made if necessary in order to make it fit better with the new medium.

Anime: A History is one of Geoff's more recent series, where he recalls and analyzes certain parts of anime history, such as the abundance of "magic school" anime just being ripoffs of J.K. Rowling's Harry Potter.

Geoff Thew Rumors is a Twitter account run by Trey Allen that parodies the typical "Did You Know?" fact accounts. He generally posts his "rumors" in response to Tweets by Geoff, claiming all sorts of ridiculous garbage. Trey once also sent a joke death threat to Geoff's PO Box that thanked him for following his Twitter account. Followers of this account are known as "En-Thew-siasts" and all have a rank and title of their choosing.

The Weebcast is a "weekly" podcast that Geoff hosts, it regulary has other anime creatires featured as cohosts including people such as The Canipa Effect, Misty Chronexia, Best Guy Ever, The Pedantic Romantic, Explanation Point, Digibro, and RSSLiam. In 2017 Goeff created a new channel called BasementEscape to upload all of the Weebcast episodes, (among other things).

Support for victims of abuse

In 2018 Mother's Basement supported 'thorough' investigations into witness testimonies in r*** cases. [1] In the same year Mother's Basement supported youtuber Pieke Roelofs during her criminal case against Exurb1a, stating on Twitter "Well, this is sickening. One of my (now ex)favourite youtubers has been accused of r***, stalking, and abuse with *substantial* receipts. Gonna be unsubscribing at the very least until the case goes through the courts. Don't want to pay his legal bills." [2] Mother's Basement brought attention to the fact that Exurb1a was 'on the run' and police couldn't find him. [3] Eventually Pieke Roelofs managed to trace Exurb1a for the police, thanking Mother's Basement publicly for his help. [4]

In 2019 Mother's Basement called out ProJared on Twitter [5] stating "This is how abusers operate and cover their tracks. Your sympathy and desire to maintain a positive image of people you know and respect become backdoors to circumvent your critical thinking. Extreme lies push the "truth somewhere in the middle" closer to their side" [6] and "Sorry, I don't mean to bang on about this, but in a way this is personal for me. People I care deeply about have been victims of *exactly* this kind of lying. The more people understand how it works and what abusers are trying to accomplish, the less effective it will be." [7] 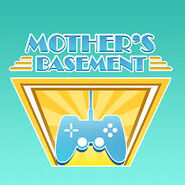 Retrieved from "https://youtube.fandom.com/wiki/Mother%27s_Basement?oldid=910753"
Community content is available under CC-BY-SA unless otherwise noted.