Robert Aaron Latsky (born: June 28, 1992 (1992-06-28) [age 28]), better known as MrWoofless, is a Canadian YouTuber. He first gained popularity through the weekly Machinima series "Passive Aggression." He has a two-channel combination, mainly hosting Minecraft on his main channel, MrWoofless and other PC games on his secondary channel, TheWoofless.

The MrWoofless channel initially began as a channel that was supposed to hold "spoofs, montages, commentaries, dual commentaries, funny skits - all that good stuff to make you tingle where it counts." The channel mainly consisted of Call of Duty gameplay, and the channel slowly accrued subscribers over a few months. Originally there were two forces in the channel, Ryan aka McLaffyTaffy, and Robert.

Passive Aggression (often abbreviated as PA) is a series in which Rob and Ryan would gather a team and win games of Domination in various Call of Duty games without killing a single opposing player. These videos are often known for their unique editing style around 50,000 views per episode.

Passive Aggression has since been discontinued, as the introduction of round-based objective matches in Call of Duty: Black Ops 2 caused difficulties in winning matches, as the scoreboard would be posted at halftime, allowing the opposing team to realize that they were not being killed.[1] The last episode of Passive Aggression was posted on the channel on December 21, 2012. The same video was posted on Machinima Respawn on March 4, 2013.[2]

Sometime in late 2013, a majority of the Passive Aggression videos hosted on Machinima's YouTube channel have been made private. Reasons for this remain unknown.

Story Time With Taffy sprouted in the midst of the rise of Passive Aggression, created to tell Ryan's "old-man stories," giving the viewers an active, personal look into the man who handles the business side of the channel. His stories are about amusing snippets of his life revolving around subjects like his father, past jobs, old friends, and, most recently, his current life. Ryan often uses Story Time to provide a quick update to the channel, often stating the progress of the current projects as well as the direction the channel plans to head down. Ryan then uses the comments from that video to fuel the idea of the next Story Time video.

Story Time was originally a weekly series that was posted on the channel every Wednesday; however, on August 25, 2012, the series hosted its hour and a half long "Series Finale" declaring the end of the weekly series at its 35th episode.[3] Story Time will occasionally appear on either channel when Ryan decides to tell the view base another story, but is no longer a constant series.

Recent episodes have featured KermitPlaysMinecraft as a guest Current series on the main channel (MrWoofless):

In December 2013, Ryan announced that he would have to drop content creation on YouTube and Twitch in order to better accommodate the increasing workload as the and according to the season, having different versions of the name. For instance, Season Five was "Team Hot'n'Spicy V5".

How to Minecraft is an SMP that Rob, Mitch, Lachlan, Preston, and Vik had created. They invited many YouTubers, including Ali-A, JeromeASF, PeteZahHutt, TheBajanCanadian, Vikkstar123HD, PrestonPlayz, Craftbattleduty xRPMx, ChocoTheChobobo, etc.The IP address will not be released to the public. It is one of Rob's most viewed series.

With these changes, they have recently taken up livestreaming on TwitchTV, streaming Minecraft, The Binding of Isaac, Don't Starve, DayZ, and DOTA 2, often posting clips and entire streams onto their main channel. They currently had two TwitchTV channels: WooflessTV and McLaffyTaffy. Rob streams Minecraft intermittently; Ryan's channel is now separate. The host of the stream will always notify followers of an impending stream before it starts on Twitter.

WooflessTV has been partnered with TwitchTV and has a subscription button where viewers can pay five dollars a month to get subscriber only benefits, such as special emotes that can be used throughout the entire site, as well as sub-only access to a Pixelmon server.

In an attempt to fund Ryan's newbought computer for the channel, on 3PM EST May 18, 2013, the channel hosted a 24 hour livestream on TwitchTV,[4] playing Minecraft, Call of Duty, DayZ, and other games with other popular YouTubers.

Rob was born Robert Aaron Latsky to Michael and Debi, who are now divorced, and is a graduate of Selwyn House School in Westmount, Quebec. His brother Jason also attended Selwyn House. Rob origingally went to college and studied financing before YouTube. Rob's current girlfriend, Catherine, also from Montreal, works at a childrens hospital in Montreal.

Rob is currently believed to reside somewhere near Montreal, Canada, as in a Battle Arena Episode with BajanCanadian, he mentioned that he didn't live too far from Mitch. He now lives in Toronto, Canada in 100 year old converted Church near to Dovercourt. The home at 40 Westmoreland Avenue, was priced at around 1.5 Million dollars and has ben featured in BlogTo.com's Condo of the Week. 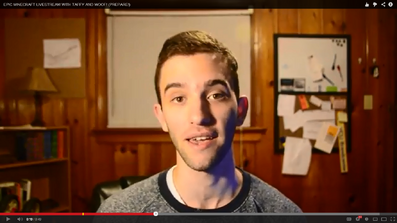 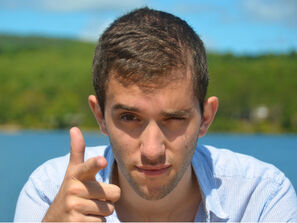 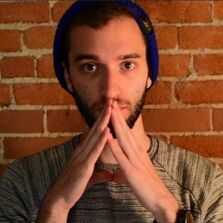 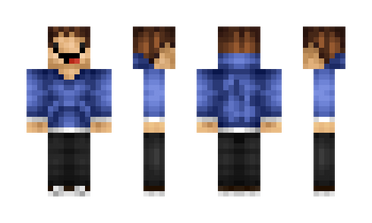 New Woofless Skin
Add a photo to this gallery

Retrieved from "https://youtube.fandom.com/wiki/MrWoofless?oldid=1072945"
Community content is available under CC-BY-SA unless otherwise noted.