more than one a day 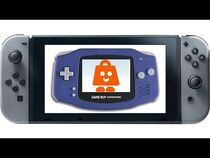 Nbz is one of the most successful competitive Pokémon battlers on YouTube. His channel, emperorznb, (so named as a corruption of his IRL initials and "emperor") began in the heady days of November 2007, and today has over 39,300 subscribers. The channel was originally founded merely as a way for Nbz to comment on other people's videos and subscribe to other channels, however, it wasn't long before Nbz tried his hand at producing his own content. His main content then, as it is now, are recordings of Pokémon battles he has had on the Nintendo DS against other players, overlayed with his narration of the battle. His narrations were marked by a high level of attention to detail to his thought processes and an almost sexually gratifying British accent.

These attributes (and so many more) saw Nbz rise in popularity throughout 2007 and early 2008. His flagship Pokémon was Shuckle, a Pokémon scarcely used by other players, but one that Nbz used to great effect as part of  a sandstorm-style team. The novelty of such a low-tiered Pokémon being so succesful helped Nbz stand out from the crowd and gain popularity, however, in the spring of 2009, Nbz's stream of content began to dry up without explanation.The milestone landmark of 1000 subscribers came and went without comment. Finally, in April, Nbz gave recognition to his achievement of 1000 subscribers whilst also simulatneously announcing his retirement from Pokemon. He stated his reason behind the decision was that he had grown bored with the game after playing it for almost 18 months.

This was not the end of the road though. When he retired, Nbz announced there would still be a few sporadic battles uploaded with people he'd promised to play before retiring. However, after these battles had been completed and uploaded, battles continued to be uploaded to the channel with increasing regularity. At last Nbz announced that is was simply "impossible to quit this game" and stated his intention to continue the channel.

After the revival Nbz began producing floods of content, even announcing his own Pokémon tournaments to be held in his honour. His personality began to bleed into his videos more, adding zany tangents and and numerous in-jokes to his narrations, making his previous efforts seem dry and stoic by comparison. It was in the summer of 2010 though that Nbz really began to branch out. In June of that year he announced the creation of a second channel by the name of EnnBeeZed. This channel was to be dedicated to LPs of games besides Pokemon. The first, which ran through the summer of 2010, was LostWinds: Winter of the Melodias. Whilst the LP channel never garnered as many subscribers or views as his main channel, it was succsessful, and the audience could really see Nbz growing as a commentator as he battled Eggman in Sonic Advance, Ice Bats (his long running cross-franchise arch enemy) in Super Mario Galaxy, and Ganondorf in Twilight Princess.

2010 also saw the birth of another Nbz channel, Lrn2Metagame, which aimed to teach new players about competitive Pokemon. However, the project was shortlived, reasons weren't given for its demise but this author assumes Lord Nbz was simply aghast and dismayed by the unflinching stupidity of those he was trying to educate. Lrn2Metagame went on the scrapheap next to other failed channel ventures such as GameDoods; a game review channel co-founded by Nbz with two of his gamer-mad friends.

However, Nbz was undeniably on the up as 2010 drew to a close. Pokémon Black and White emerged in November and had succeeded the older Pokémon games as the main arena of battle by the new year. The excitement attached to the launch of the next generation of Pokémon games saw a groundswell of views to Nbz's videos, and he didn't disappoint his enlarged audience. Throughout 2011 viewers were treated to an array of B/W battles as Nbz tried his best to explain and experiment with all of the newly released pokemon. Although it was once again in the summer where he began to diversify his content even more on his main channel. It began with a series called Minecraft Shenanigans, where Nbz would be joined by friends for japes and larks in the Minecraft world. Later in the year Nbz would also upload Mariokart 7 co-commentaries with these friends.

In December 2011, Nbz was to be rewarded for all his effort with a YouTube partnership with Gamestation. Since then his subscribers and viewer levels have rocketed from their already high levels to the heights we can see today. Battles have become more frequent and come in many different styles, from serious competitive games, to more comedic varients. Nbz has also produced his own hit TV show, 5 Guys and a Gigalith. As 2012 has gone on, Nbz has also been uploading more LP content to the main channel, citing a lack of views on his EnnBeeZed channel as the primary reason. These LPs include Uncharted 3: Drake's Deception, Pokemon Blue Version, and a very memorable playthrough of Mary-Kate and Ashley's Horse Riding Adventure. He still also attempts to educate new players about the Pokémon metagame from time to time, and also uploads a substantial amount of content from the Pokémon simulators Pokemon Online and Pokemon Showdown, in addition to co-starring in the podcast, Two and a half Gamers.

In short, at the time of writing (December 2012), Nbz's channel has become the one-stop YouTube channel for Pokémon battles, and is also the home of many sources of sheer hilarity and pure enjoyment.

Through his Pokémon battling, Nbz has forged many friendships with other YouTubers. I cannot hope to name them all but here is my best effort: Dangerous36M, TheFlamingSpade, M4gnitude, Kwandaoren66, FizzyStardust,  JCFern55, NARANagi, TonyFlygon, Stevo, PokeaimMD, FerrisWheel32, and, most notably, Superblah411, or Nick, who appears in multiple battles as the opponent and co-commentates many videos and LPs with Nbz. Wilechase was eager to be included in this list of friends but Nbz was hesitant to add him, he did however urge all readers of this to PM Wilechase for battles.

Nbz has many internet aquaintances, but perhaps the most interesting is with a YouTuber by the name of SanjitTheIdiot. Sanjit was originally a character Nbz used occasionally in his LP playthroughs; his very Indian fictional cousin, to be exact. However, the charcter was taken over and styled into a tribute channel by another mysterious user who has since played through Pokemon Blue Version as Sanjit, battled online, and most recently (and grandly) has begun creating a series starring Nbz in MSPaint form. Is this mysterious tribute act a hardcore, obsessive, yet oddly talented fan, or is he something more sinister...

Certainly nothing is more sinister than Nbz's wannabee enemy Squrtle39. No more detail will be added here because Squrtle39 is a colossal numpty.