Ryan Letourneau (born: November 28, 1988 (1988-11-28) [age 31]), better known online as Northernlion, is a Canadian YouTuber who plays games made by Edmund McMillen. Rising to prominence through his Let's Plays, his videos generally consist of gameplay while providing amusing live commentary. A "Machinima Director and Let's Player Extraordinaire",[1] Northernlion is a highly charismatic individual best known for his distinctive voice and sharp wit, as well as his usage of a variety of puns, idioms, and vague references to pop culture.

Aside from his Let's Plays, Northernlion has also made various video series, consisting of "Let's Look at, "Let's Hate", "Don't Play This", "Only in Korea", "Indie Game of the Week", "Poison Mushroom" series on Machinima, and "#NLSS",

Northernlion is from in Kingston, Ontario. He went to Queens University as is mentioned when he references how Elon Musk transferred away from his school due to a lack of women.

For about a year, Northernlion worked in Daegu in South Korea as an English teacher for children.[2] He returned home to Canada on December 1, 2011.[3]

He was unemployed after returning home,[4] but now makes money through YouTube, which he calls "a dream job", and he once jokingly described himself as "funemployed".[5]

On March 23, 2020, Northernlion and his wife, Kate LovelyMomo, announced that they were expecting their first child – a girl, Luna.[6]

Initially, Northernlion usually spent the first hour discussing recent gaming-related news and reading fan mail, and the other two hours of the stream playing other games. Common games were Spelunky, The Binding of Isaac, and Family Feud 2010. There was also a trivia section two hours through the stream in which Northernlion asked five questions and fans tweeted him answers in hopes of winning a free game. As the show has continued, it has largely simply become Northernlion and his co-hosts solely playing games and interacting with each other, while fans participate in chat. RockLeeSmile, JSmithOTI, and CobaltStreak co-host the livestream with Northernlion through Skype and later Discord, and in the past other YouTubers such as michaelalfox, Hafu, TotalBiscuit, Brex, FlackBlag, Ohmwrecker and Alpacapatrol have also joined.

Originally, each show was hosted on YouTube, rather than Twitch, and the Northernlion Live Super Show suffered from a few technical difficulties, such as screen flickering and slowdown. Furthermore, because YouTube's comment system was not adapted well for live-streaming, viewers could not converse with each other or with Northernlion effectively; Northernlion asked viewers to instead contact him by tweeting him "@NorthernlionLP". These issues were soon fixed, and the show was later streamed via Twitch instead of YouTube.

In 2013, Northernlion became dedicated to Twitch, no longer simultaneously streaming on YouTube. Since switching he has become very interactive with the chat section. He also plays with his subscribers on his weekly Northernlion Super Subscriber Stream on Sundays, where paying Twitch subscribers have an opportunity to play with him in games such as Team Fortress 2 and Counter-Strike: Global Offensive. He also hosts the Northernlion Super Tuesday Stream where he plays games that he wants to play. 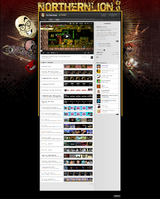 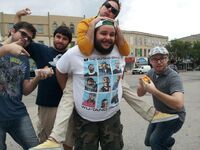 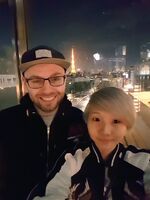 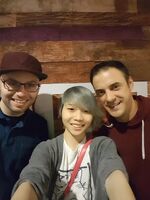 Northernlion in Only in Korea - Alice's Letter. 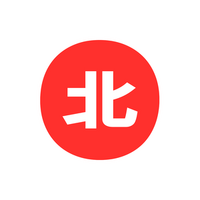 NL's Twitch icon
Add a photo to this gallery

Retrieved from "https://youtube.fandom.com/wiki/Northernlion?oldid=852797"
Community content is available under CC-BY-SA unless otherwise noted.