Wikitubia
Register
Don't have an account?
Sign In
Advertisement
in: YouTubers, American YouTubers, Female YouTubers, Users who joined in 2013

She became famous though TikTok creating a video and syncing the song 'Mia Kahlifa' by iLOVEFRiDAY, while cosplaying as Nico Yazawa from the anime Love Live.

She first began cosplaying in 2013.

In October 2018, Nyannyancosplay gained much notoriety online for a video in which she cosplays as Nico Yazawa from Love Live! School Idol Project, and lip syncs a portion of the diss track "Mia Khalifa" by iLOVEFRIDAY. This video, famously called "Hit or Miss", gained further popularity after PewDiePie featured it in one of his meme reviews.

She is also a sensation on Instagram where she is seen in her many costumes. She has racked up more than 400,000 followers on the platform.

She met and starred in Anthony Padilla's VIRAL MEME STARS video, where she spoke about how thankful she is for Hit or Miss but at the same time, mentioned how much NEGATIVITY it brought. She also mentions how she received not a single penny for how viral she went.

Closer to the end of 2020, she started her Etsy business known as NyanchiiShoppe and has been selling her own merch based on her Nyarmy theme as well as OC cosplays she has done. Stickers, masks, and drawstring bags, with much more to come.

Nyannyancosplay currently streams on Twitch Started Stream in May of 2020 and has built a large community on on the application since then. She is a variety streamer, mostly playing Minecraft, Genshin Impact, Animal Crossing, Vrchat, Calico, Just chatting/cosplay streams and art streams. 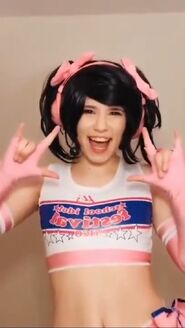 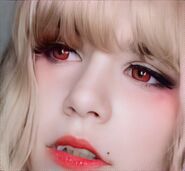 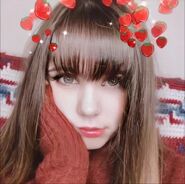 Kat out of cosplay 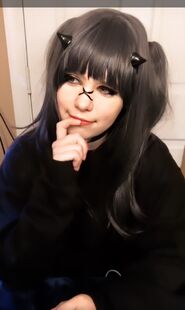 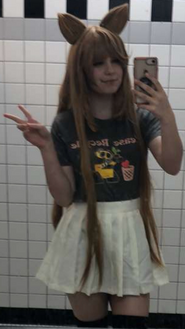